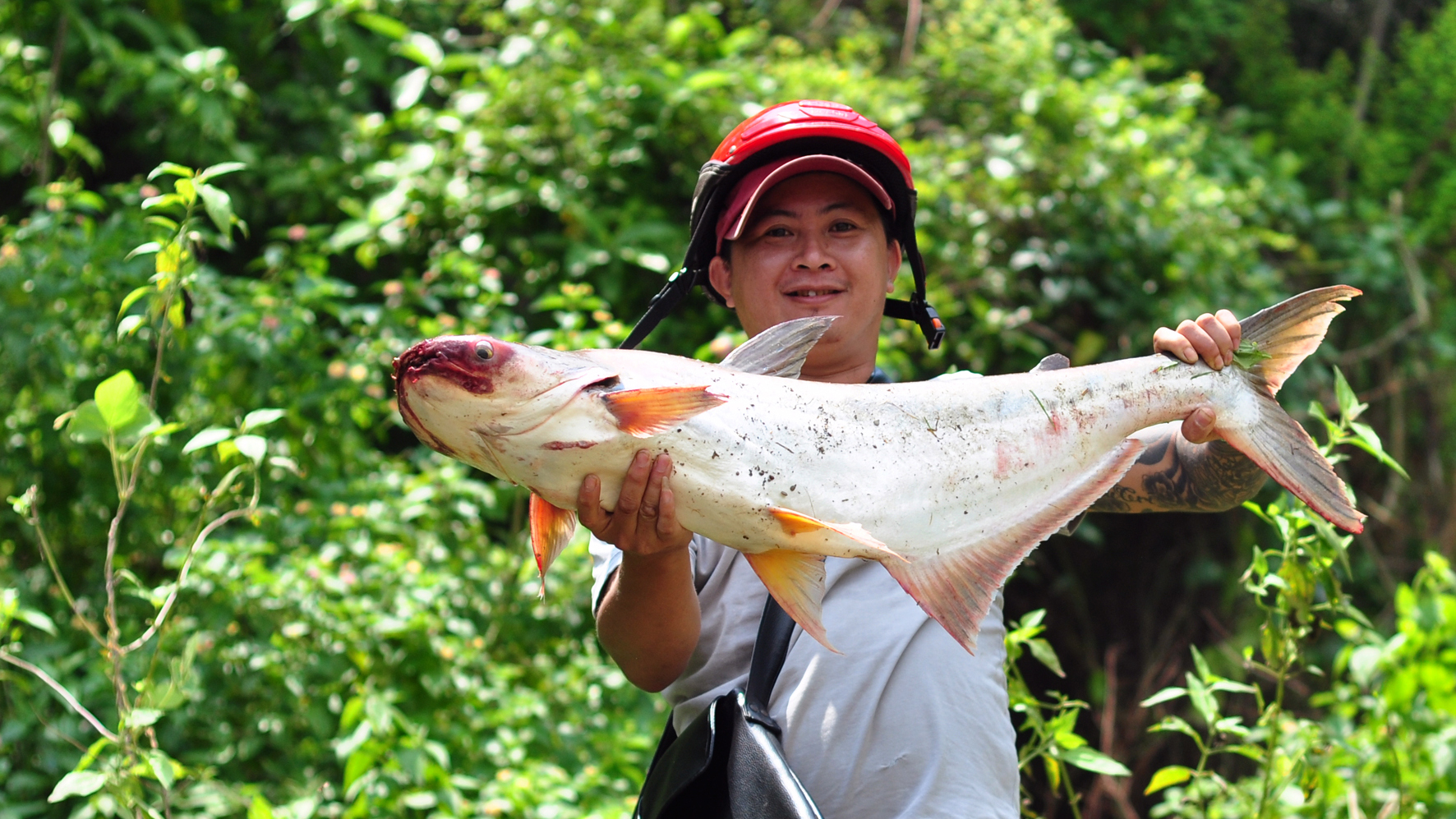 Some of the fish weighed up to 10 kilograms

Residents in the southern Vietnamese province of Dong Nai have been able to harvest some big catches after a local hydropower dam ceased its release of water.

The operation ended at around 10:00 am, and hundreds of people were ready to pocket some catches of the year.

These are the fish that were unable to swim through the dam when it began its release of water downstream.

By 11:00 am on the same day, the hunting began as fishermen equipped with the necessary tools harvested a wide variety of fish, including catfish, snakehead, and carp.

Some of them weighed up to 10 kilograms.

According to some experienced residents, this year’s quantity was less than in previous years.

Some merchants also took the opportunity to buy the fish from local residents to resell them at local markets and restaurants.