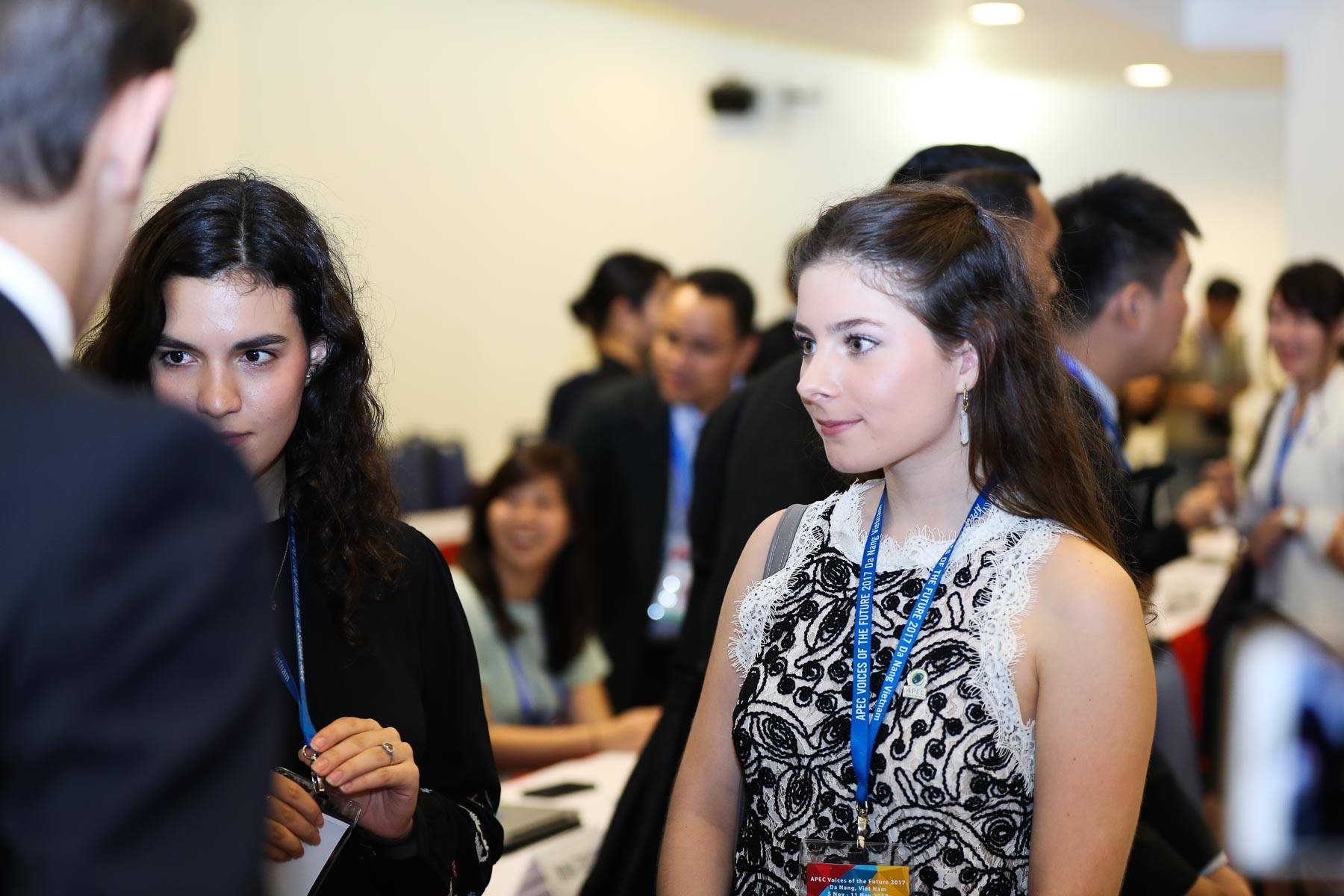 The ‘Voices of the Future’ forum, an event on the sidelines of the 2017 Asia-Pacific Economic Cooperation (APEC) Economic Leaders' Week, began at the Da Nang University on Monday, with more than 130 young participants from the bloc’s 21 member economies.

The forum was held in conjunction with the Concluding Senior Officials´ Meeting (CSOM) during the APEC summit from November 6 to 11.

In his opening remarks, James Soh, co-chairman of the APEC Voices Leadership Council, underlined the forum’s role as a platform for future young leaders to deepen their understanding of their own generation and those of other economies, as well as lay out a vision for their futures.

Soh said one of the priorities of young people today is finding ways of bringing the ‘grand family’ of the Asia-Pacific region toward a better future.

The forum provides them with a chance to exchange experiences and solutions as well as fulfill the APEC 2017 theme of “Creating New Dynamism, Fostering a Shared Future.”

First held in Malaysia in 1998, the ‘Voices of the Future’ forum is a key platform for the voice of youth at the annual APEC summit.

The forum is primarily governed by the APEC Voices Leadership Council, which consists of the four permanent co-chairs from China, Mexico, New Zealand and Singapore, who are joined by the ex-official co-chairs from the host economy and the Virtual Trade Mission (VTM) Foundation International.

The co-chairs are all ABAC Members, senior business leaders and educators, while the APEC Voices Secretariat is based in Singapore, hosted by the Singapore Voices program in association with the National Youth Achievement Award Council of Singapore.

The APEC Voices Leadership Council expects the APEC Voices of the Future program to continue as an independent and self-sustaining youth leadership and educational diplomacy program within the APEC community.