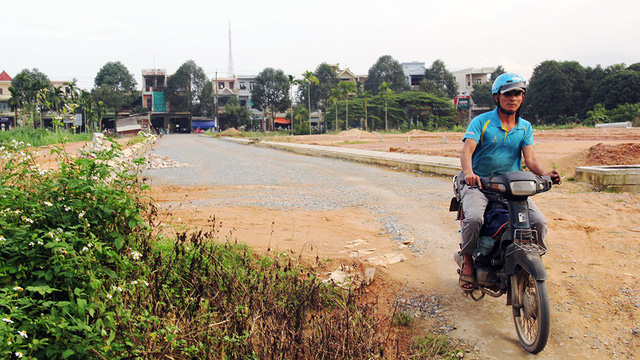 The administration of Quang Ngai Province in central Vietnam has raised eyebrows with its dubious offering of a valuable piece of land to an estate developer, in exchange for their construction of a convention center.

According to the agreement, the company will be given a 13.7-hectare piece of land in Quang Ngai’s Le Hong Phong Ward.

They are expected to use 9.9 hectares of the land to construct a convention center, which will be transferred to the provincial administration upon completion.

The remaining 3.8 hectares of land is for Hop Nghia JSC to develop projects for their own benefit.

At four stories high, the convention center will include a 1,000-seat conference hall, four meeting rooms, and eight dining halls capable of hosting up to 400 guests each.

The venue will host important meetings and events in the province after its completion.

However, the scale of the building has given rise to questions regarding the need for Quang Ngai to own such a luxurious venue at all cost, including accepting the convention center valued at less than two-thirds of the worth of the ‘golden’ piece of land.

The 3.8-hectare area of land Hop Nghia will take for their own is valued at upwards of VND600 billion (US$26.43 million), while the cost of developing the convention center is only VND377 billion ($16.61 million), according to an estate broker.

The central province already has a functional convention center that was put into use in 2015 and a venue for public events at a local culture house.

According to a former leader of Quang Ngai, the province rarely hosts meetings or events where the number of participants gets close to 1,000.

“There isn’t an immediate need for such a grand convention center,” the retired official said.

According to Bui Thi Quynh Van, chairwoman of the Quang Ngai People’s Council, both the development and payment method for the convention center had been approved by the provincial Party Committee.

Vo Duc Huy, a former Party chief of Quang Ngai, asserted that the project should be thoroughly mulled over before launching, as there is more public infrastructure in need of urgent development in the province.

The Vietnamese government was also reviewing the shortcomings of BT projects nationwide, Huy said, therefore making it advisable that Quang Ngai advance its project “with caution."

​​High levels of carcinogen found in chili powder in Vietnam