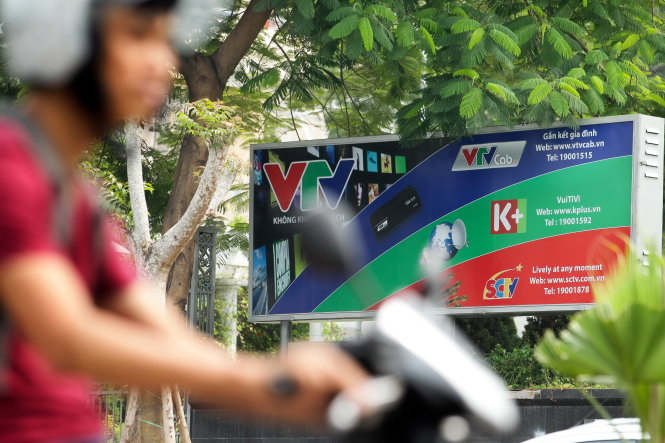 VTVCab removed 23 popular foreign channels and replaced them with 12 new ones without proper notice, subscribers say

The consumer protection agency under Vietnam’s competition watchdog has asked state cable television VTVCab to submit a report on the removal of 23 foreign channels from its service since the start of April.

The request was made after the agency received complaints from local subscribers denouncing the provider of making the move without proper notice.

If VTVCab is found in violation of Vietnamese laws on consumer protection, the corporation will face legal consequences, the agency, managed by the Ministry of Industry and Trade, said.

On Sunday, subscribers of VTVCab and its partnered service NextTV – provided by military-run telecom giant Viettel – were shocked to find that 23 foreign channels had been removed from the services.

They were replaced by 12 brand new channels including Movie 1, Hollywood Classics, FOX, Planer Earth, History, Baby TV, Cartoon Kids and Happy Kids, many of which had never been known in Vietnam.

According to the Ministry of Industry and Trade, VTVCab is only allowed to remove, replace or change the number of channels in its subscription packages on condition that subscribers have been made aware of the change beforehand.

Notification about the change must be posted publicly on the company’s website and sent to customers either through text messages or mail.

Subscribers retain their rights to unilaterally terminate the contract with VTVCab or file a complaint to the company if they are unsatisfied with the change, the ministry said.

VTVCab is mandated by law to respond to each complaint within five working days from reception.

The consumer protection agency advises VTVCab subscribers to revise their subscription contract with the company to fully understand their rights in the scenario.

A VTVCab representative later explained that the change was to “offer subscribers new choices” and allow the streaming of its service from mobile devices and over the top (OTT) distribution, which were prohibited under broadcasting contracts with the 23 old channels.

However, customers who had paid a full year of subscription in advance said they had little choice but to stick with the service for another nine months until they could switch to a new provider.

Those living in apartments said they could either grin and bear it or stop using cable TV entirely, since they could only subscribe to whichever provider had a contract with the condominium developer.