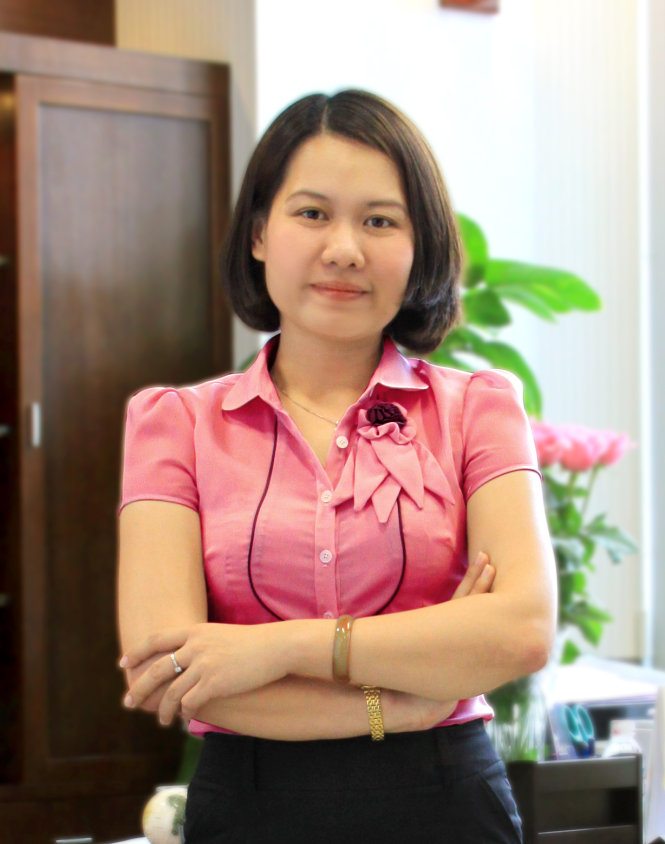 The new chairperson of Dai Duong Commercial Joint Stock Bank, better known as OceanBank, has told Tuoi Tre that the bank will ensure liquidity “in any given situation”.

"In any given situation, all the interests of customers, partners are guaranteed,” Nguyen Minh Thu, new chairperson of the bank, asserted.

Thu, who replaces Ha Van Tham, OceanBank’s former chairman who has been temporarily detained, said OceanBank is steadfastly sticking to its targets including stable, sustainable, and secure operations.

The bank is now focusing on handling bad debts and ensures stable growth in accordance with the policy of the State Bank of Vietnam (SBV), she said.

On the other hand, OceanBank continues to further enhance the value and assets of the shareholders, to ensure the benefits of all customers, she added.

At the same time, to meet the needs of customer withdrawals, according Thu, Ocean Bank has prepared assets with high liquidity.

Specifically, VND15 trillion (US$705 million) in central bank bills and government bonds can be converted into cash at any time. In addition, the bank also has a large amount of deposits at the central bank and cash balance.

"The business activities of Ocean Bank remained stable as usual, and OceanBank is committed to ensuring liquidity,” she said.

Relating to the arrest of Ha Van Tham, the board of directors of Ocean Joint Stock Group (OceanGroup) has assigned Le Quang Thu, deputy chairman, to temporarily assume the position of the chairman of OceanGroup, not to be confused with OceanBank.

Tham, former chairman of both OceanGroup and OceanBank, has been charged and will be detained for 4 months starting the end of last week for violating regulations on lending activities of credit institutions at OceanBank.

OceanGroup has a chartered capital of VND3 trillion (US$141.6 million) and has interests in real estate, banking, securities, retail, media and hotels, according to Reuters.

On Friday, Tham was arrested for investigation into financial irregularities.

He was charged by police of violating regulations on granting loans as ruled in Article 179 of the Criminal Law.

By the end of Friday, OceanGroup shares fell as much as 15 percent since Wednesday on Vietnam's main stock market.