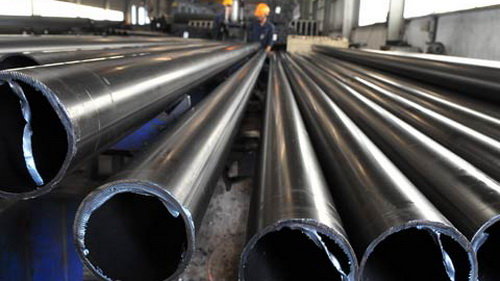 The import department under the Turkish Ministry of Economy has launched an antidumping probe into steel imports from Vietnam and Malaysia, the Vietnam Competition Authority (VCA) announced Friday.

The Turkish side unveiled the investigation into Vietnam’s cold rolled stainless steel welded tubes in an announcement on December 12, the VCA, under the Ministry of Industry and Trade, said on its website, citing the Vietnamese trade office in Turkey.

The investigation will review the steel imports from Vietnam to Turkey between January 1, 2013 and October 31, 2014, following a complaint by M/s Jindal Stainless Limited, according to the VCA.

The plaintiff has said that some Chinese and Taiwanese exporters shipped their products to Vietnam and Malaysia before transporting them to the European country to dodge the antidumping taxes slapped on their exports.

Chinese and Taiwanese steel shipments to Turkey have since slowed down while volumes from Vietnam and Malaysia have risen dramatically, raising suspicions of a dishonest move to avoid taxes, according to Turkish investigators.

Vietnam is Turkey’s tenth largest trading partner in the Asia-Pacific region, the Turkish Ministry of Economy said on its website.

Turkish merchandise exports to Vietnam were worth $90 million in 2012, while imports stood at $1.2 billion the same year.