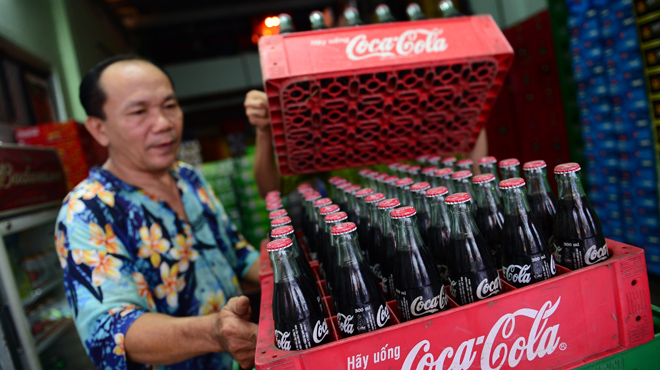 The Vietnamese arm of U.S. soft drink giant Coca-Cola has paid its 2014 corporate tax, worth some US$20 million, for the first time in two decades due to losses, according to a report the firm submitted to Ho Chi Minh City authorities in May.

The taxable profit of the company in 2014 was $16.6 million, more than double the purported $7 million in 2013, according to the report on the investment, business and tax obligations of Coca-Cola Vietnam, the content of which has just been made available.

Also in 2014, Coca-Cola invested $210 million in business expansion in Vietnam, creating new jobs for 2,200 local employees and 22,000 indirect employees working for its supply chain in the country.

By the end of 2012, Coca-Cola Vietnam had continuously suffered losses after re-entering Vietnam in 1994, according to the Ho Chi Minh City Tax Department.

The information has caught the attention of the public and local media, as this is the first time Coca-Cola Vietnam has announced that it has paid tax after claiming losses of VND3.77 trillion ($169.5 million) over the past years.

The losses, at the end of 2012, exceeded the initial investment of nearly VND3 trillion ($135 million), according to the municipal tax department.

The tax payment was made after reports surfaced of a suspected transfer-pricing case occurring at foreign-invested enterprises, including Coca-Cola Vietnam, according to local news website VnEconomy.

However, Vietnamese authorities said they have no evidence of the transfer-pricing practice taking place at Coca-Cola Vietnam, according to the newswire.

“We cannot simply say Coca-Cola is committing transfer-pricing since they have consecutively claimed losses while continuing to expand in Vietnam over the past years,” VnExpress quoted Minister Vinh as saying.

Coca-Cola had planned to continue expanding in Vietnam, and pledged to make profits, the official added.

The firm made its debut in Vietnam in 1960, and re-entered the Southeast Asian country in February 1994.