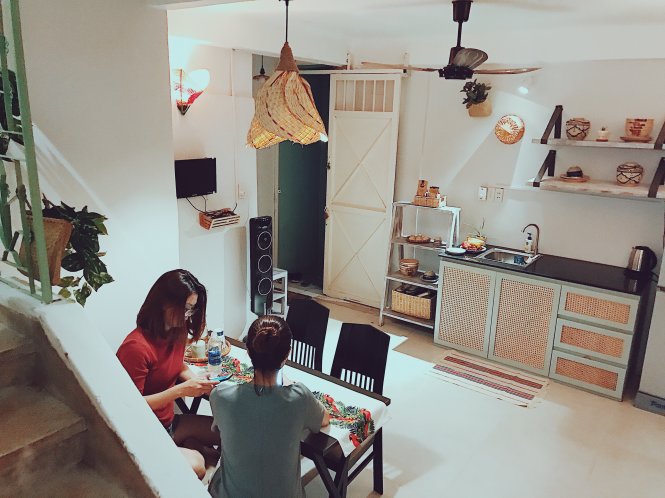 Vietnam hotel sector starts to feel the heat from Airbnb

As more and more holidaymakers turn to Airbnb for accommodation in Vietnam, the local hospitality sector is beginning to feel the pressure.

Founded in August 2008, Airbnb is an online platform where users list and book unique accommodations, from apartment rentals and homestays to hostel beds and hotel rooms, around the world.

The platform, now available in more than 65,000 cities and 191 countries, is putting a serious dent in the market share of traditional hotels.

As of last month, there were some 6,500 lodging facilities listed on the Airbnb network, according to Kenneth Atkinson, executive chairman of Grant Thornton Vietnam.

At an average cost of US$35 per room, Airbnb rentals typically offer much more bang for your buck than hotels, driving tourists toward the tech-based service.

Joining the Airbnb network has become a new way of ‘doing business’ for many Vietnamese.

Even though she does not have any extra space in her personal home, Thuong, an office worker in Ho Chi Minh City, still wanted to cash in on the Airbnb service.

The woman decided to rent a spacious apartment in District 1, with windows pointed toward the famous Saigon Notre-Dame Basilica, and gave the place a redesign.

The apartment was then divided into separate bedrooms and posted on Airbnb.

“Before putting a room on Airbnb, you have to ensure it is like a mini hotel – well furnished, equipped with amenities, and has a unique design style,” she explained.

Thuong launched her Airbnb project in June and is enjoying relatively high booking rates, even though the room rate is a hefty $30 a night.

“The price was suggested by Airbnb, based on the asking price of similar locations in the neighborhood,” she said.

N. T. Tuan is a more ‘experienced’ Airbnb host, with a series of rental rooms he upgraded from an aging hotel on Pham Ngu Lao Street in District 1.

Tuan said each of the rooms has its own design style.

The building also features a community space with a shared living room, kitchen, and restrooms.

The business has been going smoothly for four years thanks in part to great reviews left by Tuan’s guests, 80 percent of whom are foreigners.

Tony Chisholm, general manager of Pullman Saigon Centre and other hotels under the the AccorHotels umbrella in southern Vietnam, said the Airbnb network in Vietnam is increasingly expanding and is starting to eat away market share once controlled by traditional lodging facilities.

This is why four- and five-star hotels in Vietnam are refraining from increasing their room rates despite the surge of international arrivals in 2016, he said.

Chisholm said AccorHotels has had to share the market with Airbnb in Australia and Thailand, and the phenomenon is finally hitting Vietnam.

The effects of Airbnb expanding in the local market will hit three-star and lower hotels the hardest, as they share the same target market with Airbnb, he added.

Gardner acknowledged that the rise of Airbnb, plus the development of budget carriers, is good news as they both allow more people to travel at lower costs.

However, he added that it takes more time to measure the real impact the tech-based service has on the current 225,000 hotel rooms available across Vietnam.

“Lodging facilities, be they conventional hotels or Airbnb rooms, will all contribute to the tourism development if they can ensure the best experience for tourists,” he said.