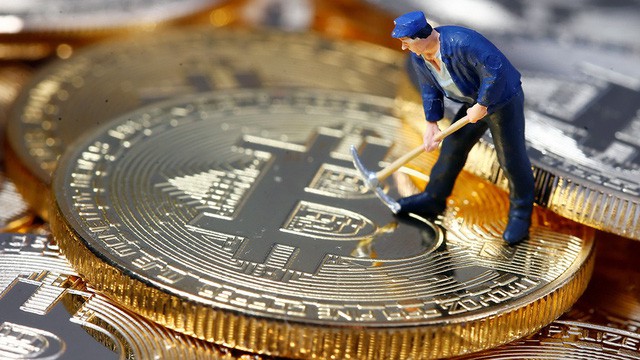 Vietnamese investors in bitcoin are sitting on fire as value of the cryptocurrency continues on its steep downward trend ever since peaking out in late 2017.

On Remitano, a popular bitcoin exchange platform in Vietnam, one bitcoin was put up for sale at the average price of just over VND186 million (US$8,180) at 8:00 pm on Friday.

Compared to Thursday, the cryptocurrency had lost 14.6 percent of its value on the Vietnamese market in just under 24 hours.

The same downward trend can be observed in other digital coins on the market, with a common daily value drop rate of between 20 and 30 percent.

The news has come as a second shock to local investors, following the catastrophic crash of the bitconnect cryptocurrency, widely criticized as a Ponzi scheme, in January.

Bitconnect lost over 80 percent of its value in just a few days after it was announced that the coin operator would shut down its cryptocurrency exchange and lending operation in the wake of a cease and desist order from Texas and North Carolina regulators.

Local investors have taken to online forums to raise their concerns about the dramatic plunge of bitcoin value, which took many by complete surprise considering its remarkable growth in late 2017.

Tu, a cryptocurrentcy investor in Vietnam, said he had invested a large sum into some digital coins a month before, but they had since dropped in value without any signs of stopping.

When Tu thought the coins’ values had bottomed out two weeks ago, he bought in some more with the hope of making up for the previous loss. To his disappointment, the plunge has maintained.

“I don’t know what to do now except for telling myself that things would get better in the end,” Tu said.

Some investors have pointed their fingers to Facebook’s recent policy change that restricted advertisements of digital coins on the social media platform, a move that has taken a toll on bitcoin prices worldwide.

Tightened regulation on cryptocurrency by authorities in some major markets such as India and the U.S. has only made matters worse for bitcoin billionaire hopefuls in Vietnam.

At the 2018 Vietstock Blockchain conference held in January in Ho Chi Minh City, experts warned investors to be wary of the recent explosive growth of digital coins, as it could lead to the mushrooming of fraudulent schemes baiting on investors’ eagerness to make quick profit.

According to Liu Yusho, chairman of digital wallet platform Vinaex.com, the market capitalization of cryptocurrency has grown from $2 billion a few years ago to $600 billion today, with nearly 1,500 different types of cryptocurrency in circulation.

The market share of bitcoin has therefore dropped from around 80-90 percent to under 35 percent, Liu noted.