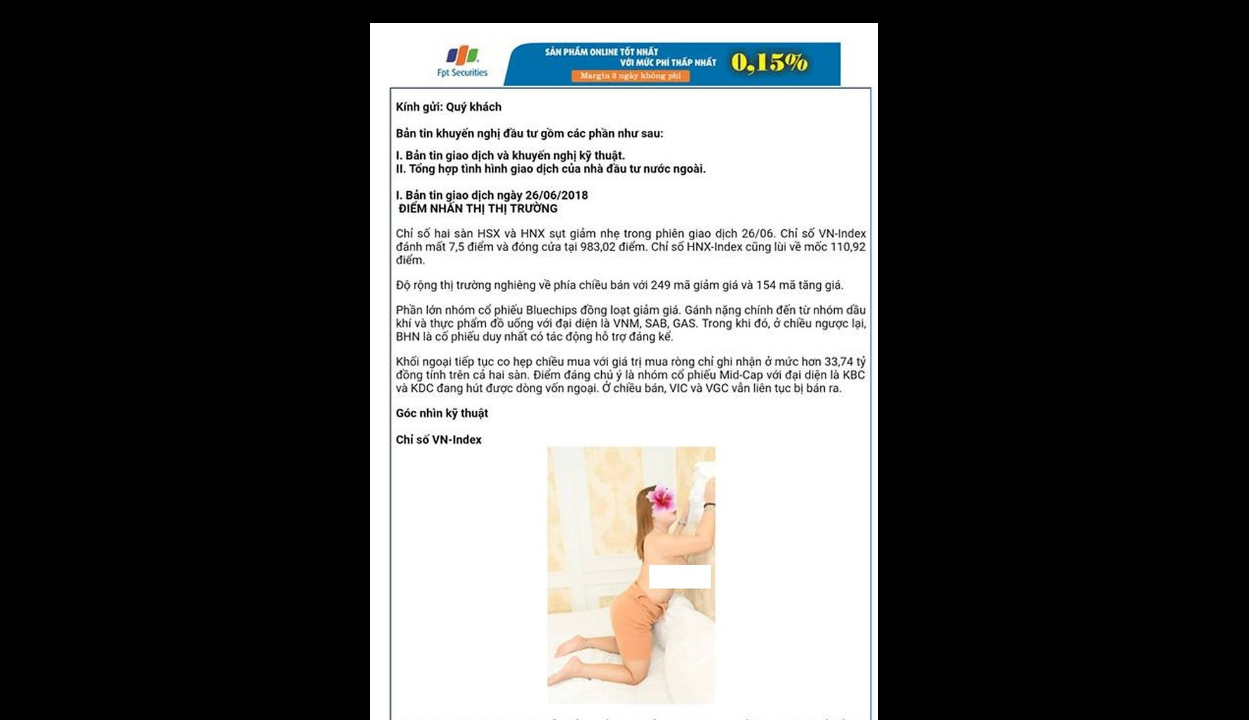 Many customers of Vietnamese stock firm FPT Securities (FPTS) were stunned when they opened the regular market analytical emails sent by the company on Tuesday.

As usual, FPTS’ customers received the emails notifying them of the company’s daily stock results and analysis.

Apparently, only those customers who use Gmail received the photo.

The existence of the image in the emails immediately became the most talked-about issue on a securities forum after one of its members posted a screen capture.

The issue seemed so unbelievable that some members asked the poster to forward the original email to prove it had not been photoshopped.

One member of the securities forum guessed that the FPTS staff, who were in charge of sending the emails, could be "doing two things at a time," emailing customers while admiring the photo.

“It is likely that FPTS is also not handling their customers' accounts with care,” one comment read.

A representative of FPTS confirmed the issue with the local news website Infonet.

However, the representative denied FPTS’ accountability, instead blaming a third party which manages the company’s email service.

"This is our unwanted incident,” said the FPTS media representative.

“Our original content was a technical analysis by FPTS, but the third-party email service provider somehow attached the image to the email and sent it to customers instead of the technical analysis," the representative explained.

After detecting the incident, FPTS promptly sent an apology letter to its customers and terminated the contract with the email service provider, according to the representative.