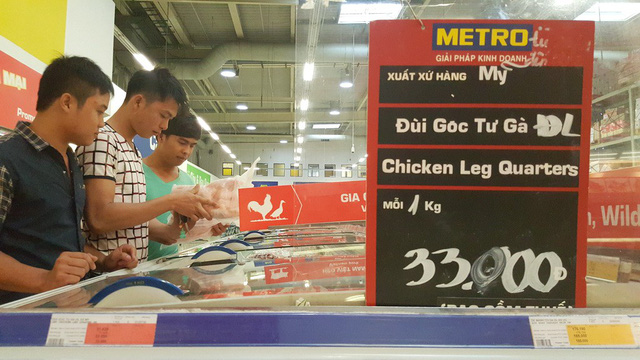 Many foreign direct investment (FDI) enterprises have kept expanding their investment in Vietnam despite having constantly posted losses for several years, an indication of transfer pricing, experts said at an investment workshop in Hanoi on Tuesday.

Up to 51 percent of FDI firms in Vietnam reported losses from 2012 to 2016, but many of them never ceased to expand production and increase investment in the Southeast Asian country, according to Nguyen Thi Ngoc Khanh, director of the Department of Enterprise Finance under the finance ministry.

Transfer pricing is the setting of a price for goods and services sold between controlled or related legal entities within an enterprise.

If a subsidiary company, for instance, sells goods to a parent company, the cost of those goods paid by the parent to the subsidiary is the transfer price.

While this is a regular part of doing business for a multinational company, it is also a practice that tax authorities often feel can be exploited for dishonest activities, such as manipulating the transfer prices to shift profits through internal trade or avoid taxes.

“It remains a challenge for Vietnamese tax watchdogs to verify whether a subsidiary company really supplies goods and services to its parent firm as declared, as it is difficult to inspect such [internal] transactions,” said Nguyen Thi Lan Anh, deputy director of the investigation bureau under the General Department of Taxation.

Anh also emphasized that many FDI enterprises have recently engaged in transfer pricing via intercompany loans granted by parent companies to their subsidiaries.

Vietnam’s tax watchdog can compare the cost of raw materials declared by FDI companies to customs data on similar products in the market.

This is an effective solution, considering that many businesses would dishonestly report losses and put the blame on the high input costs, partly due to the falsely declared high material costs, according to Tuan.

Tuan also recommended that Vietnamese tax authorities work with tax departments in the country where the FDI firm is headquartered to exchange data on raw material costs.

Vietnam’s tax watchdog has in fact kept an eye on those FDI enterprises showing signs of transfer pricing with regular inspections since 2014, according to Anh, the deputy director of the investigation bureau under the General Department of Taxation.

In 2016, tax authorities inspected 329 enterprises and found they had collectively declared VND5,162 billion (US$222 million) in ‘phony’ losses to evade taxes. Tax authorities have asked those enterprises to pay total tax arrears worth VND607.5 billion ($26.12 million).

Anh said the general tax department will continue to inspect FDI firms posting accumulated losses and involved in related party transactions, which take place between two parties who hold a pre-existing connection prior to the transactions, in the near future.

Nguyen Thi Cuc, chairwoman of the Vietnam Tax Consultant Association, on the other hand, believes that it is understandable for businesses to favor transfer pricing, as it is a practice to optimize profits.

“The most important thing is to create a sound and healthy business environment for all enterprises so that they will no longer try to make more profits by transfer pricing but in legitimate ways like increasing productivity and reducing business costs,” Cuc concluded.