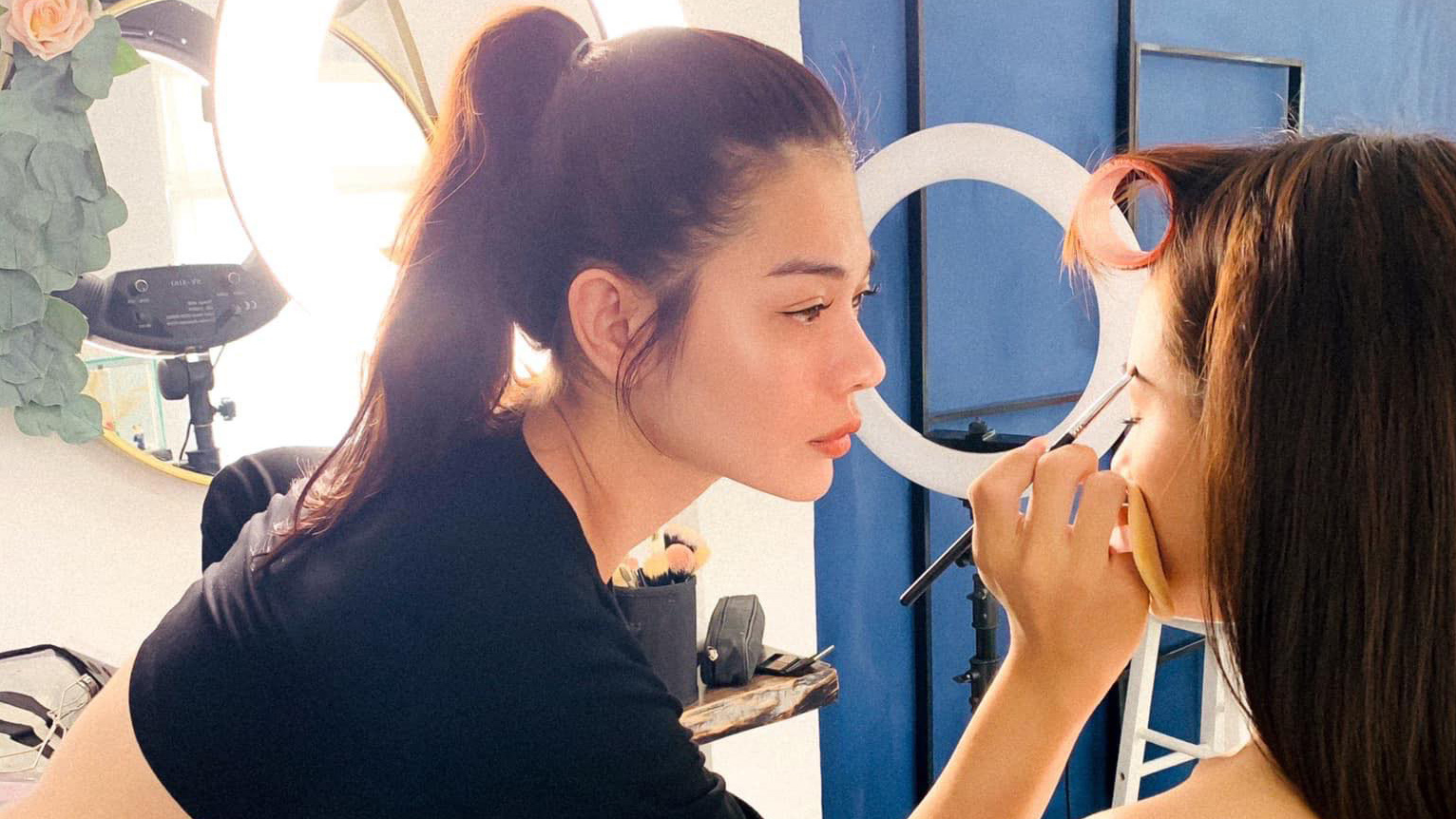 A friendly, hard-working student, Kaycee Chung’s only real concern was the clash between her body and her gender identity. After a sex reassignment surgery, she now takes pride in her true gender and works as a transgender model.

Kaycee was motivated by the elegance and charm of the women in her life.

“True girls have this sense of charisma. I want to be like them,” she explained.

Empathy from all around

At age 15, Kaycee was commissioned by famed Vietnamese fashion designer Do Manh Cuong to work as a cross-dressing fashion model.

This marked the start of her modeling career with female clothes and make-up that reflected her true gender.

The job gave her the opportunity to live a genuinely female life. Before that, she had only projected her image as a gay male.

Kaycee started to wear long hair to school, even though the school regulations specifically dictated against male students growing their hair long.

The solution following a meeting with the school board was a boy’s wig every time Kaycee came to class.

Her homeroom teacher permitted her to wear ‘ao dai,’ a traditional Vietnamese long gown typically worn by female students; however, she decided to stick to her boy’s attire, fearing her male body would not do the outfit justice.

The teachers were supportive. They appreciated her passion and strong will.

They also knew that unlike the general high school student population, Kaycee had a part-time job outside school hours.

“Sometimes the test schedule coincided with my shows, but my teachers were happy to give me a second chance instead of a fail,” she said.

In 2019, Kaycee turned 18 and signed up for a gender reassignment surgery in Thailand.

Before this, her mother was providing mental support while her father kept silent in the face of her sexual orientation, but telling her parents about the surgery was like pulling a trigger.

“My mother flew into a rage. She rejected my plan, saying it would be very dangerous and painful,” Kaycee said.

“She said she would cut me out of her life if I stood my ground.”

Kaycee’s mother had a bleak vision of her postoperative life. She thought it would be full of misery.

She was fine with the idea that Kaycee had a relationship with a man, but having an operation was out of the question.

This caused the usually high-spirited girl a ton of sorrow. It felt to her as if her mother had not understood her at all.

However, Kaycee pulled herself together and went to Thailand for her surgery.

“It was a very important operation, but I got no support at all from my family. I began to fear [what might happen],” she said.

“I was afraid of death, and what if my family and friends would not accept my new self?”

Despite her fears, the surgery was a success.

Three weeks after the operation, Kaycee came back to Vietnam and began a new life.

The first few days was rather emotional as she had only been injecting female hormones one month before the operation.

The side effects included susceptibility to emotional breakdowns, crying, sadness, and anger.

She also did not have enough female clothes for her new body after the operation, and had to meet with frowns of disapproval from people on the streets every time she stepped out in boys' clothing.

Her mother, in the end, welcomed Kaycee back with open arms and helped her through this difficult time.

Working as a model is not always easy for transexuals. There are many social prejudices against this group.

“Once I was contracted to be a model for this mobile phone company. It was a new product launch commercial,” she said.

“On the day of the shooting, I received an early morning phone call. They told me that the employer found out I was a transgender through my Facebook account, so he had canceled the contract.”

“I cried the whole night.”

According to Kaycee, fashion designers normally need transgender models to add highlights to their shows.

“But every show needs only one or two highlights, so it is really hard to get a job,” she added.

“I hope that if there are fashion designers reading this article, they could have a change of heart and know how to make better use of our image.”

Currently, Kaycee is learning to become a hairdresser and make-up artist.