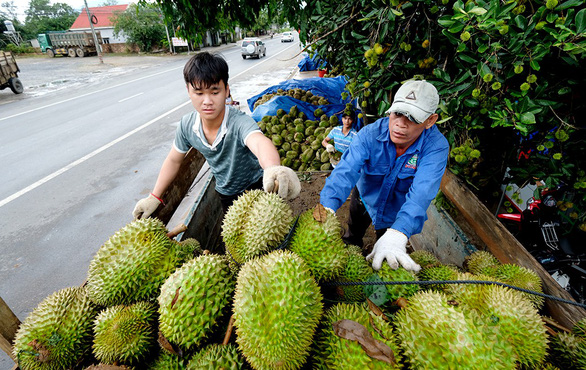 From June 1, 2019, all Vietnamese farm products must have food safety certification and origin traceability in order to be approved for export to China, officials said at a forum of agricultural exporters in Ho Chi Minh City on Friday.

As of the end of November, only 1.3 million out of 5.8 million metric tons of Vietnam’s exported rice was bound for China.

It is not expected that this number can be improved by the end of this year, Nam said.

Out of 150 member enterprises of the Vietnam Food Association, only 21 are authorized by Chinese authorities to export rice to the 1.3-billion-people market.

“We have submitted requests for other businesses to be added to the list [of approved exporters] but the Chinese side has not responded,” Nam said.

Rice is not the only Vietnamese farm produce to face new hurdles entering China, as fruits grown in the Southeast Asian country are also subject to tax and technical barriers when imported into China.

A perfect example of how tightened Chinese regulations have hurt Vietnamese agricultural exporters is the case of Vietnamese durians, which have plunged in price after China imposed a new regulation earlier this year requiring that the fruits’ origin be traceable.

It was a blow to Vietnamese durian growers, who had quickly expanded their farm area for two to three years prior to the announcement due to increased demand from China.

Before China tightened control on durian imports in November, Vietnamese durians unofficially made their way into China through Thailand, where the fruits are labeled as Thai-grown to bypass Chinese customs.

“There are roughly three million consumers [in China] falling into this segment,” Wei said.

According to the Chinese entrepreneur, Vietnamese fruits have an advantage for their unmatched tastiness, making them popular with Chinese consumers.

Liaoning Province, in northeastern China, has one of the country’s harshest winters, when fruits and vegetables are scarce and expensive, said Xing Jun, a representative from a local distributor of agricultural produce.

“If Vietnamese enterprises invest in improving the quality of their produce, there is still a lot of space in this market in the future,” said Deputy Minister Nam.