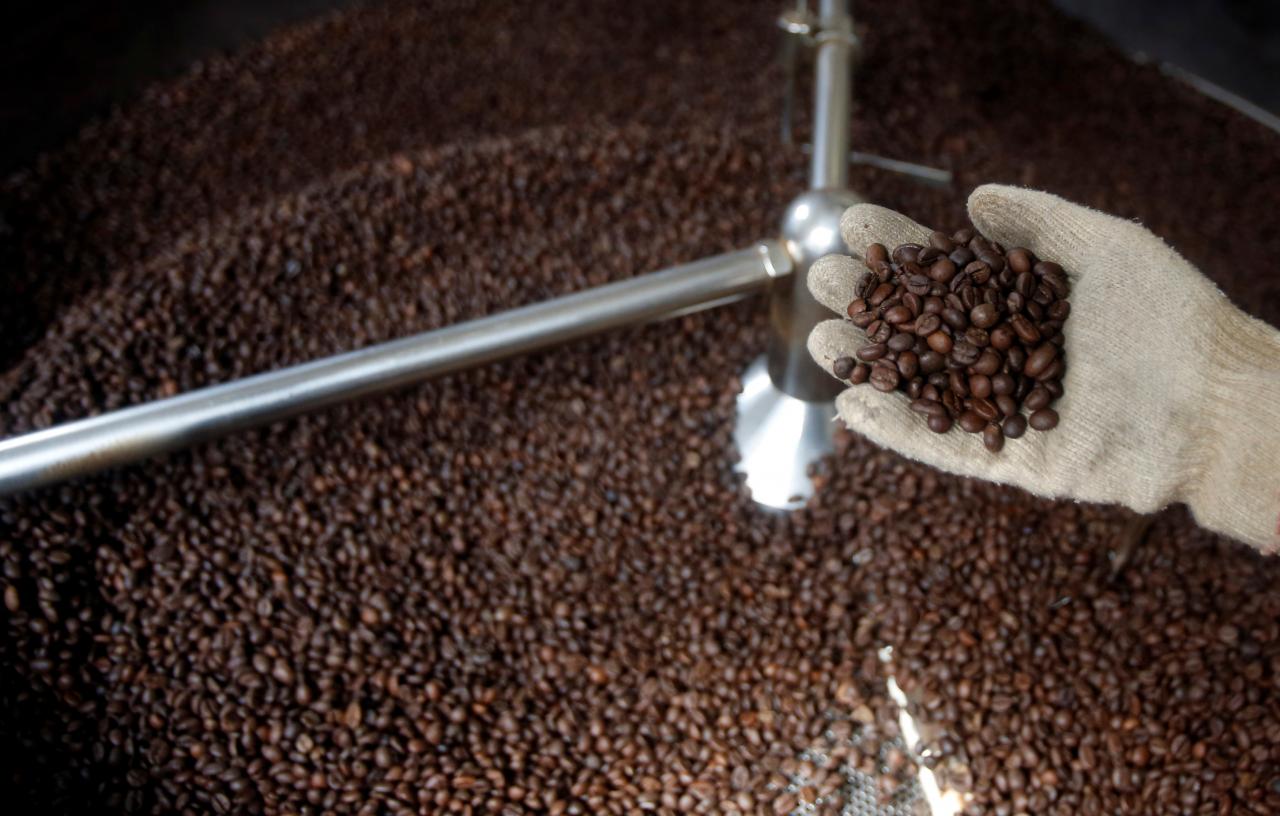 HANOI/BANDAR LAMPUNG - Traders in Vietnam lowered their coffee output forecasts by ten percent this week as a bumper harvest in the world’s largest robusta producing country came to an end.

They now expect an output of about 27 million bags of 60 kg each for the 2018/19 crop year that began on Oct 1, compared with earlier forecasts of 30 million bags.

“We are not surprised to see a lower output as stubbornly low domestic prices have discouraged many farmers to fertilize and water their trees, while weather condition was also not supportive,” a trader based in the province of Dak Lak said on Thursday.

“Farmers in the Central Highlands have harvested all of the fresh beans of the 2018/19 crop year,” he said.

“Though output is lower, domestic prices have not risen due to external factors, including larger forecasts by foreign agencies,” said another trader based in Ho chi Minh City.

Traders in Vietnam offered 5 percent black and broken grade 2 robusta at a $40 per tonne discount to the March contract, compared with a $45-$50 discount last week.

Meanwhile, in Indonesia, trading continued to be muted with traders saying premium for the grade 4 defect 80 robusta stayed unchanged for a fourth straight week at $20-$30 to the March contract.

“Supply may only start coming around April because some areas in Bengkulu will have some harvest then,” said a trader, referring to a province neighbouring Lampung.