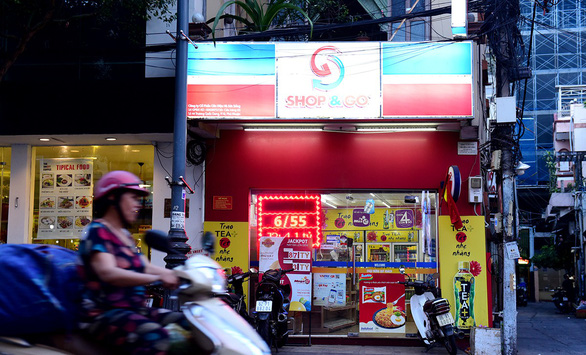 VinCommerce, the retail unit of Vietnam’s private conglomerate Vingroup, is set to acquire all outlets of the Shop&Go convenient store chain, after accepting an arguably unprecedented offer from its operator for a one-dollar deal price.

It was the corner store chain’s operator, Cua Hieu va Suc Song Co. Ltd., that offered to transfer all of the 87 locations in its system to VinCommerce for US$1, Vingroup said on Monday.

Following the acquisition, all Shop&Go stores will be transformed, upgraded in all aspects from facilities and merchandise to staff quality, and operate under the standard management Vingroup currently applies for its supermarket system VinMart and convenient store chain VinMart+.

The acquisition will be finalized by the end of this month.

Thirteen years after its launch, the chain has expanded to 87 stores, including 70 locations in Ho Chi Minh and 17 in Hanoi. In both cities, Shop&Go stores are mainly located in the inner-city areas.

Shop&Go follows the model of a 24/7 convenient store, providing fast food, mixed drinks, and other services such as ATM withdrawal and mobile top-up cards.

However, the store chain has suffered unexpected business results from tough competitions in the retail market, according to a company’s representative.

With the Shop&Go acquisition, VinCommerce continues to affirm its leading position in the retail market with 108 VinMart stores and around 1,900 VinMart+ convenient shops across Vietnam.