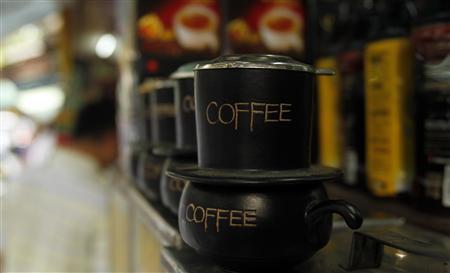 Vietnam coffee prices flat amid tepid trade until next harvest

Vietnam’s domestic coffee prices stayed unchanged on Thursday from a week earlier, with trading activities expected to remain subdued until the next harvest season in October.

Market activities have been quiet since August, Vietnam-based traders said.

“Farmers have sold most of their output, while speculators are reluctant to buy amid uncertainty in the global trade picture,” a Ho Chi Minh City-based trader said.

“Almost no deals have been made, except for those trying to fulfil their signed contracts,” he added.

The 2019/20 harvest season in Vietnam will officially start next month.

During the past week, heavy rains triggered by a tropical depression hit several parts of the Central Highlands but traders based in the region said rains did not harm the crops.

Traders in Vietnam offered 5% black and broken grade 2 robusta at $230 premium per tonne to the November contract on Thursday, down from $250 premium a week ago.

Meanwhile, in Indonesia, premium for the grade 4 defect 80 robusta November contract rose to $180 on Thursday, from $150 a week ago, according to a trader based in Lampung.

However, another trader said Sumatra robusta was offered at a $220 per tonne premium to the November contract.

“Trading activities are getting slower, because harvest season will be over soon,” the first trader said.

Indonesia exported 14,478 tonnes of robusta beans in August, down 16.6% from a year earlier, official data released on Tuesday showed.