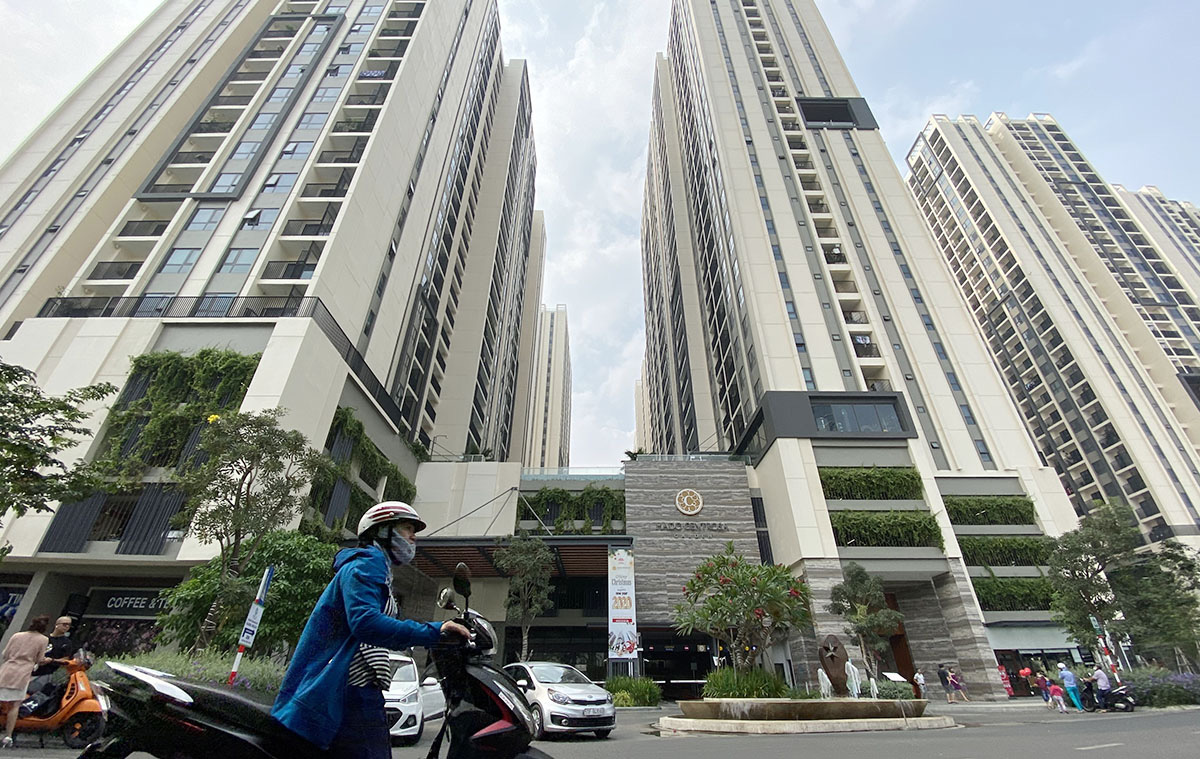 The common but illegal practice of underreporting revenues from property sales is helping property sellers in Vietnam dodge heavy taxes, but authorities say they have begun cracking down on such schemes.

While the General Department of Taxation continues to request that local tax authorities intensify their clampdown on underreporting revenues from property sales, local police departments say they have already identified and begun to process several violations.

When an apartment at the Hado Centrosa Garden urban area project, a prime piece of real estate in the heart of District 10, Ho Chi Minh City, was first put on the market by the project’s developer in 2017, the buyer handed over VND5 billion (US$215,000) for the property.

That same apartment recently caught the attention of District 10 tax authorities when it was resold for just VND1 billion ($43,000), according to the price listed in the transfer contract for the property.

The tax declaration documents for the property have since been handed over to the local police department for investigation.

"This is not the first case in which we’ve requested police intervention,” said Pham Hoang Khanh, deputy director of the District 10 taxman.

“We’ve been able to collect additional taxes from every case we’ve handed over to the police.”

If the transfer value in the contract is lower than a baseline unit price set by the provincial administration, the seller is taxed based on the baseline price.

Many property sellers have abused this legal loophole by declaring transfer values equal to or lower than the baseline price in order to pay minimal taxes.

In reality, buyers and sellers are making significantly bigger financial transactions outside of the contract.

According to Khanh, in order to mitigate their risks, sellers often include an appendix in their contracts stating the real value of the transaction – a practice he calls “very common” which leads to huge tax losses for the government.

In response to tough measures taken by tax authorities, residents looking to resell their property have started using social media to spread the word about repercussions for making false tax declarations in relation to their transfers.

Even with the crackdown, authorities still face an uphill battle in terms of taxing the transfer of townhouses, where detecting tax evasion is a significantly more challenging task.

The prices of townhouses, especially those that have not changed hands for decades, are extremely difficult to evaluate.

Sellers are often able to 'justify' selling their property at unrealistically low prices by claiming they are in need of urgent cash for an emergency, an official from the District 1 tax bureau told Tuoi Tre (Youth) newspaper.

In most of these cases, efforts to reevaluate the price of the property are often in vain, the official said.

“The nature of personal income tax is that there has to be an income for the tax to be imposed,” Nghia said.

“However, the personal income tax when transferring real estate is currently set at two percent of the sale price, regardless of whether an individual earns a profit or incurs a loss [from that sale].”

In such cases, it is not surprising sellers seek out ways to minimize losses by avoiding taxes.