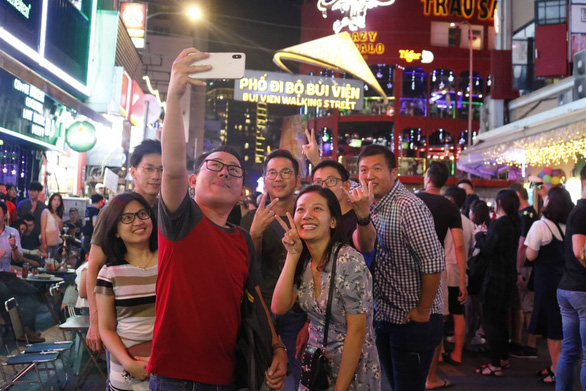 Authorities in District 1, Ho Chi Minh City has ordered local entertainment facilities, including bars and clubs, to shut down starting from Saturday evening in a bid to curb the spread of the novel coronavirus disease (COVID-19).

According to a document issued by the People’s Committee in District 1, all forms of entertainment establishments including cinemas, massage parlors, bars, karaoke bars, discos, and beer clubs in the downtown district shall be suspended indefinitely from 6:00 pm on Saturday.

Hotels and restaurants in the district must cease to offer such services while their other businesses can remain in operation.

The district’s agencies and chairmen of the ten wards under its administration were tasked with coordinating with local police to implement the decision.

The suspension is in effect until the next directive from the municipal People’s Committee becomes available.

The request came briefly after Vietnam's 53rd COVID-19 patient, a citizen of the Czech Republic, was confirmed in Ho Chi Minh City on Saturday.

The man had stayed in District 1 between March 10 and 13 before being admitted to the Ho Chi Minh City Hospital for Tropical Diseases for quarantine.

In a similar move, Hanoi Chairman Nguyen Duc Chung also asked bars, karaoke bars and several tourist sites in the Vietnamese capital to close until the end of March.

Chung said at an emergency meeting on Friday that the current goal in Hanoi’s COVID-19 fight is to minimize the spread of infections and prevent the capital city from becoming an epicenter of the outbreak.

Vietnam has so far confirmed 53 cases of coronavirus infections, with 16 having fully recovered.

Ho Chi Minh City has had four COVID-19 patients while seven people in Hanoi tested positive for the virus.

The novel coronavirus, which first emerged in the central Chinese city of Wuhan in December 2019, has infected over 144,700 people and killed more than 5,400 globally as of Saturday afternoon, according to Ministry of Health statistics.