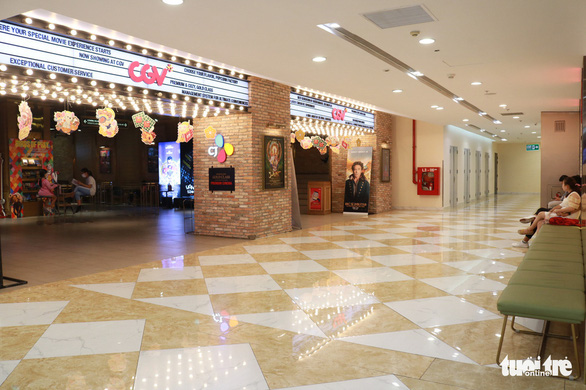 The Vietnam Film Distribution Association (VFDA) has appealed to Prime Minister Nguyen Xuan Phuc for financial support from the government to avoid mass layoffs and an insolvency crisis resulting from the novel coronavirus disease (COVID-19) pandemic.

In a document sent to the premier, Deputy PM Vu Duc Dam, related minitries, and the State Bank of Vietnam on April 16, VFDA said that the domestic film industry has been hard hit by the epidemic since the end of January.

The situation got worse as all cinemas have been shut down since February as the government applies stringent measures to curb the spread of the disease, leading to nearly zero revenue in film distribution.

Other entertaiment facilities, including bars and clubs, have also been closed down.

As a result, enterprises in the film industry are struggling to cover costs such as venue rentals, wages, and employee benefits.

According to the VFDA, if the situation persists, large and small film distribution firms will face bankruptcy, entailing a downturn in business across the whole industry.

To help enterprises overcome difficulties during this period, the association put forward three main suggestions in the April 16 proposal.

The VFDA asked the government and relevant agencies to provide funding equal to the monthly regional minimum wage to help film businesses pay salaries of about 10,000 employees in the industry during the pandemic to prevent mass layoffs.

The association expected the government to issue a support policy to restructure loans, reduce or exempt interest rates or offer new preferential credit packages to help film businesses maintain operations during the closure.

In addition, it suggested the exemption of social insurance and other types of insurance and union fees for member firms until December 31, 2020.

It also sought a 50-percent reduction in value added tax (VAT) and a 50-percent discount on utility bills until the end of December 31, 2020

Besides, the VFDA proposed being supported in stabilizing cinema activities through promotion programs when the theaters make a comeback after the pandemic is over.

Representatives of cineplex chains BHD and Galaxy told Tuoi Tre (Youth) newspaper in early April that the film business is in a very difficult situation, with a number of companies on the verge of bankruptcy.

The firms must incur the monthly fixed expenses of tens of billions of Vietnamese dong, even without any revenue. (VND10 billion = US$427,200)

18 hours ago
Features the expat files