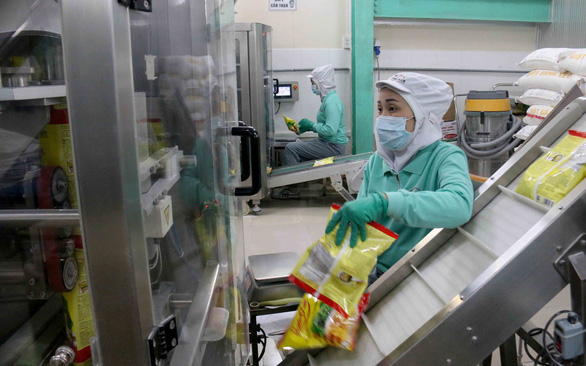 Vietnam to cut, simplify 20% of business regulations by 2025: gov't

The Vietnamese government has plans to cut or simplify at least 20 percent of the existing business regulations and reduce around 20 percent of regulatory compliance costs until 2025 in a bid to cut red tape for the business community.

Prime Minister Nguyen Xuan Phuc signed into effect a government resolution on Monday on rolling out a program that aims to cut down and simplify regulations on business operations between 2020 and 2025.

Businesses and citizens play a central role in the country’s socio-economic development, so the government aims to foster an environment conducive for them to do business, according to the resolution.

The government said it targets the removal and simplification of existing regulations that are deemed unnecessary, inappropriate and unlawful since they have reportedly hindered business operations.

Their reduction is thus poised to stimulate the growth of the business community and enhance the effectiveness of state management.

The government also intends to scrutinize the issuance of administrative documents and circulars which may contain unnecessary regulations on business operations.

In an attempt to facilitate the process, the government will introduce a statistics software system later this month that gathers data related to business conditions from various government agencies.

The system is expected to screen existing business conditions and prevent the emergence of new ones which may potentially hamper business operations.

The government also plans to train public servants in calculating compliance costs and measuring the efficacy of business regulations.

Ministries and central agencies are told to carry out their annual plans on the reduction and simplification of business regulations.

They are also tasked with gathering public feedback from the National Public Service Portal or through dialogues and consultations to have a list of procedures and regulations that are in need of simplification.

Over the past 15 years, the government has made substantial efforts in streamlining public administrative procedures, according to the Vietnam Provincial Governance and Public Administration Performance Index (PAPI) 2019, released early this month.

For example, two resolutions in 2016 attempted to reduce and streamline administrative procedures with the goal of increasing business competitiveness and citizen satisfaction.

Efforts have also been made to enhance administrative procedure experiences through “one-stop” offices, where citizens and businesses can take care of all procedures at a single location.

Streamlining procedures is expected to benefit both businesses — through reduced costs — and citizens by improving government responsiveness and preventing bribe-taking.

The PAPI 2019 report continued to find that businesses perceived improvements in access to administrative procedures, with most years reporting greater ease of doing business.

The World Bank’s Doing Business 2020 study also revealed Vietnam’s efforts to enhance its business climate have been reaping positive outcomes, with its ease of doing business score in 2019 rising to 69.8 points versus the previous year’s score of 68.6.

Vietnam saw its scores inching up in five areas: starting a business, dealing with construction permits, getting electricity, getting credit and paying taxes.