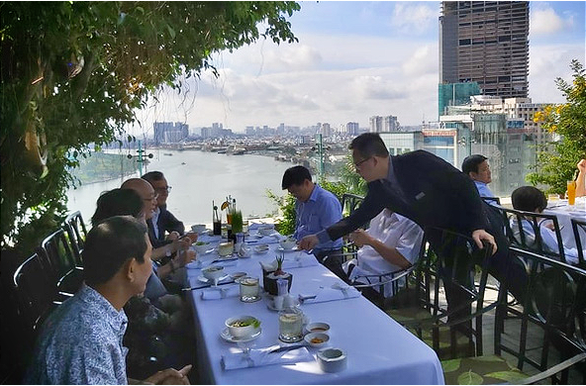 The restart of MICE events with a high number of tourists traveling domestically has promised to be a driver for a strong rebound of the tourism sector in the remaining months of 2020.

The firm has plans to welcome about 16,000 guests to its similar tours in October and November, including 420 customers from Hanoi to Da Lat City in the Central Highlands province of Lam Dong, 720 tourists from the capital city to Ha Long City in the northern province of Quang Ninh to attend conferences, and 325 visitors from the northern city of Hai Phong to Ha Long.

Its rival Vietravel handled 10,000 tourists in September. Vietravel anticipates that the number of its customers will surge in the fourth quarter as companies will often organize MICE tours for their employees before year end.

MICE stands for meetings, incentives, conferences, and exhibitions, a type of tourism where large groups are brought together for business-oriented purposes.

According to the Ho Chi Minh City Department of Tourism, tourism activities in the metropolis have become more vibrant after the launch of its 'Hello Ho Chi Minh City' campaign to stimulate tourism demand after impacts from the second COVID-19 outbreak.

The tourism department’s deputy director Vo Thi Ngoc Thuy said that it has drawn up plans to build safe tours and attractive tourism products at reasonable prices in preparation for the post-pandemic recovery of the sector.

In the hotel sector, Truong Duc Hung, general director of Hotel Grand Saigon, said that the number of guests coming to the hotel for its other services besides accommodation, such as spas, dining, wedding parties, and other events, has increased from the beginning of this month.