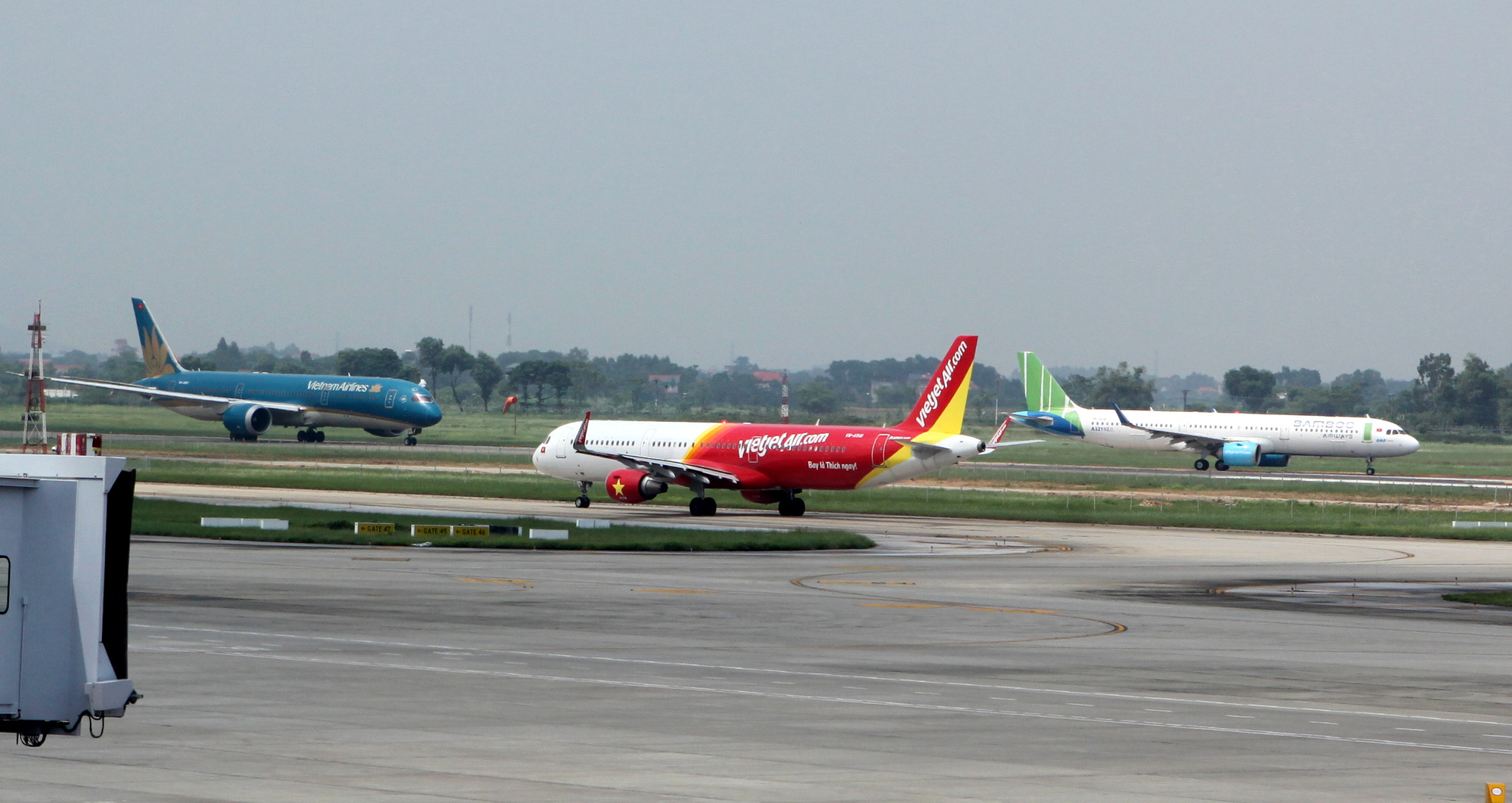 Airlines in Vietnam have asked the central government to continue providing favorable policies and assistance to help them maintain their business operations during the current difficult time.

A national conference on the sustainable development of Vietnam's aviation industry was organized by the Vietnam Aviation Business Association and Institute of Socio-Economy and Technology on Thursday.

At the event, representatives of local airlines suggested that the government continue supporting them in terms of taxes, fees, and soft loans.

According to Ho Ngoc Yen Phuong, deputy director of budget carrier Vietjet, the airline suffered losses worth VND2.4 trillion (US$104 million) in the first nine months of this year due to the COVID-19 epidemic.

Vietjet had to sell many of the assets accumulated over the previous years to reduce losses, Phuong added.

In many other countries, governments have provided local airlines with preferential loans to survive the COVID-19 pandemic.

What Vietjet needs the most right now is to increase its cash flow, Phuong stated.

“We are looking forward to a three- to five-year loan provided by the state bank’s refinancing resources,” she added.

In order to cope with the challenges, the carrier has had to apply hourly rate payments to pilots and cut the salary of its leaders and officials by 70 to 80 percent.

When international routes are reopened following the pandemic, airlines in other countries will have better competitiveness thanks to their governments’ support.

Vietnamese airlines would struggle by then if they do not receive the necessary assistance, the Vietjet leader asserted.

Bamboo Airways has also faced similar difficulties despite multiple solutions applied, Nguyen Khac Hai, the airline’s deputy director, stated, adding that the carrier may suffer losses worth up to VND5 trillion ($216 million) in 2020.

Hai suggested that local airlines be provided with refinancing loans to deal with existing problems.

“Local airlines should be allowed to borrow money directly from commercial banks with interest rates of two to three percent within two to three years, and guarantee their loans with their assets,” he elaborated.

According to Nguyen Tien Hoang, deputy head of the development and planning department of national carrier Vietnam Airlines, the firm is expected to suffer losses worth VND15 trillion ($648 million) in 2020 due to COVID-19.

“The International Air Transport Association [IATA] said that governments across the world had spent $173 billion supporting the aviation sector, of which $46 billion was used to pay staff salaries,” he said.

In order to overcome this, airlines in Vietnam should work together to come up with effective and long-term solutions, before submitting their proposals to the prime minister, said Dr. Tran Dinh Thien, former director of the Vietnam Institute of Economics.