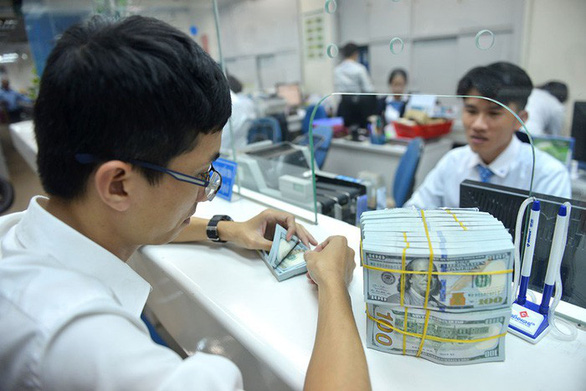 Vietnam on Thursday denied gaining “unfair competitive advantage in international trade” with its exchange rate management after the U.S. Department of the Treasury labeled the Southeast Asian country as a currency manipulator.

The U.S. Treasury on Wednesday delivered to Congress the semiannual Report on Macroeconomic and Foreign Exchange Policies of Major Trading Partners of the United States, naming ten economies including China, Japan, South Korea, Germany, Italy, Singapore, Malaysia, Taiwan, Thailand, and India on a ‘Monitoring List’ of those suspected to be devaluing their currencies against the dollar.

In this report, the U.S. Treasury labeled Vietnam and Switzerland as “currency manipulators.”

“Both Vietnam and Switzerland are currency manipulators,” the U.S. Treasury said in a press release on its website.

“For each country, Treasury assessed, based on a range of evidence and circumstances, that at least part of its exchange rate management over the four quarters through June 2020, and particularly foreign exchange intervention, was for purposes of preventing effective balance of payments adjustments and, in the case of Vietnam, for gaining unfair competitive advantage in international trade as well.

“Consistent with [the Omnibus Trade and Competitiveness Act of 1988], Treasury will press for the adoption of policies that will permit effective balance of payments adjustments and eliminate the unfair advantages in trade that result from their actions.”

In response to this report, the State Bank of Vietnam, which is the central bank, said on Thursday that the U.S. Treasury needs to conduct enhanced analysis of the exchange rate and foreign policies of Washington’s major trade partners meeting criteria on a trade gap with the U.S., a current account surplus, and foreign currency intervention, under the Trade Facilitation and Trade Enforcement Act of 2015.

Over the past years, Vietnam’s exchange rate management has been meant to curb inflation and stabilize the macroeconomy, the central bank explained.

“The management is not to gain unfair competitive advantage in international trade,” it underlined.

The Southeast Asian country’s trade gap with the U.S. and its current account surplus resulted from “a range of elements related to the peculiarities of the Vietnamese economy,” the State Bank added.

This intervention was intended to help keep the macroeconomy stable and reinforce Vietnam’s foreign currency reserves, which were at a low level in comparison to those of regional countries, the State Bank elaborated.

Vietnam appreciated its sustained trade relations with the U.S. and will work with relevant agencies to resolve those issues raised by Washington in a cooperative and reciprocal manner, the central bank said.

“The State Bank of Vietnam’s monetary policies are not meant to gain unfair competitive advantage in international trade,” it repeated.

In May 2019, the U.S. Treasury also added Vietnam to a watch list over trade surplus and current account surplus issues.