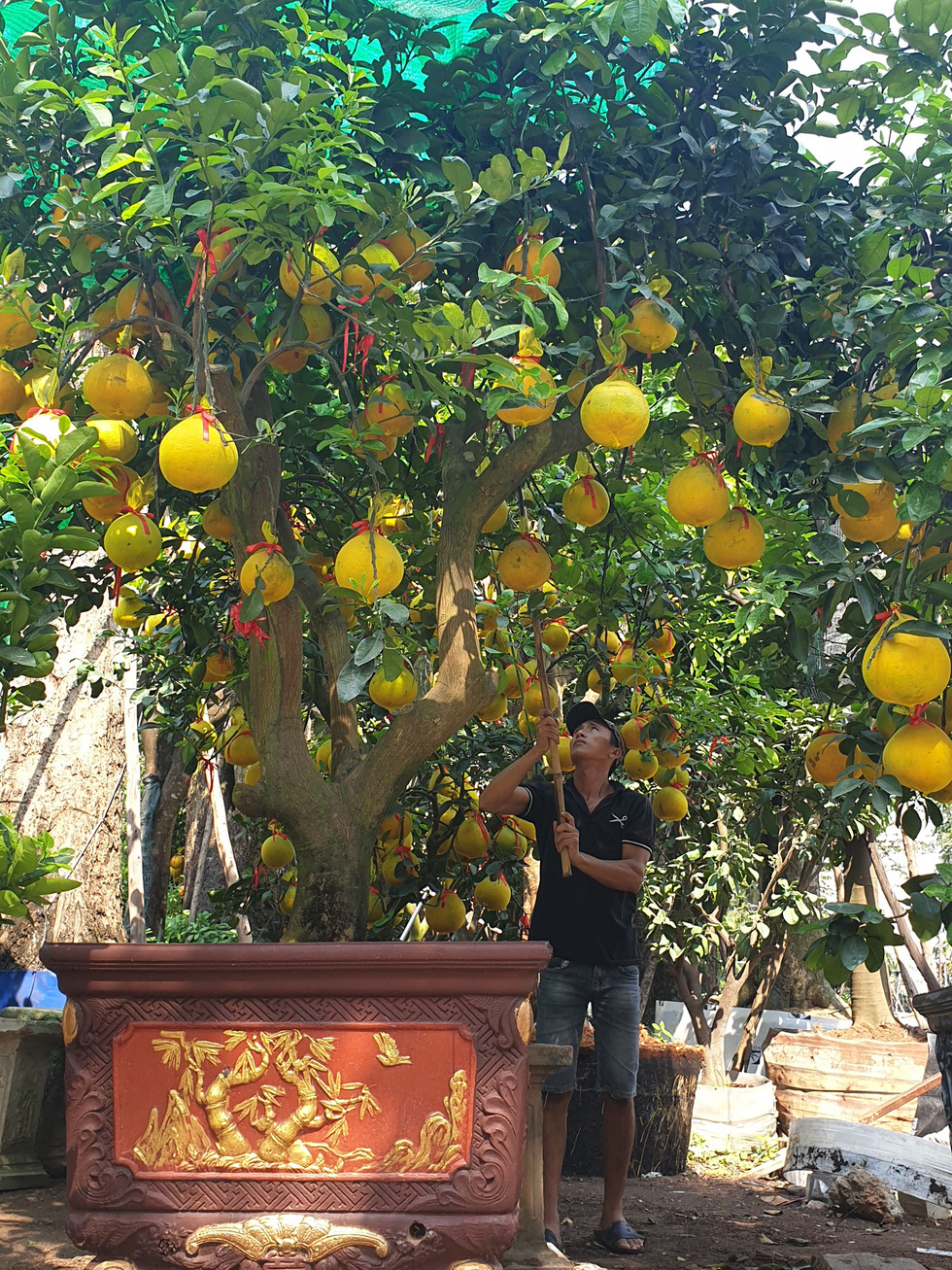 Hundreds of grapefruit and orange plants, native from Vietnam’s northern region, have been available for sale in Ho Chi Minh City in recent days ahead of the Vietnamese Lunar New Year holiday, or Tet.

The Tet holiday, which starts around the second week of February this year, represents a traditional Vietnamese event where families with far-flung members are reunited.

To mark the important occasion, plants and flowers are displayed at all Vietnamese homes, explaining the emergence of flower markets across the country before Tet.

Commuters easily spot the yellow-fruit-bearing trees along Mai Chi Tho Street in District 2 these days as it is only less than a month until the most anticipated celebration in the year in Vietnam.

Among a variety of ornamental trees, Dien grapefruit from Tu Liem District, Hanoi, and Canh orange from the same district and the northern provinces of Hung Yen, Bac Giang and Hoa Binh are favored by people in southern localities.

A worker at the Minh Tan ornamental tree garden in the district said that trees on display on Mai Chi Tho Street are among the first shipments of a total of 50 grapefruit and orange plants the garden plans to bring into its inventory for Tet.

Both the price and the planned inventory have been reduced by 20 percent from last year due to concerns over the COVID-19 impacts on customers’ purchase power, the staff added.

“Around this time in previous years, several customers already deposited money [for the trees], or even purchased them early, but we have received no orders so far this year,” another worker at a different ornamental tree garden in the same district said, adding that growers like him hope that affordable prices will stimulate the shopping spree ahead of Tet.