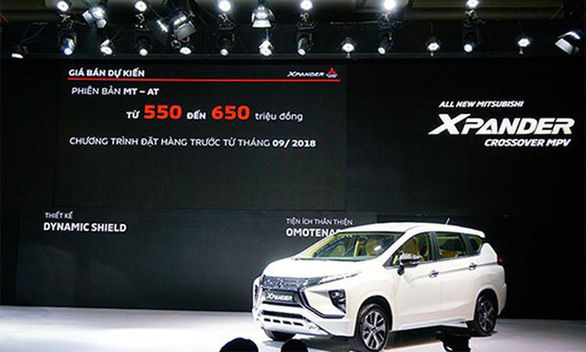 As many as 9,066 of Mitsubishi’s Xpander and Outlander cars in Vietnam will be recalled due to faulty fuel pumps, according to an announcement released by Mitsubishi Vietnam on Tuesday.

The problem of the products subject to the recall is that the plastic impellers for fuel pumps can inflate and stop their operation, causing the engine to stall or fail to start.

Mitsubishi Vietnam will implement free checks and a replacement, which will take some 80 minutes for Xpander cars and 70 minutes for Outlander autos.

Mitsubishi authorized dealerships will send emails and messages or call up affected car owners to inform them about the recall campaign.

Around 17,000 Xpander cars were sold in 2020, while around 4,000 Outlander autos found buyers, according to data from the Vietnam Automobile Manufacturers Association.