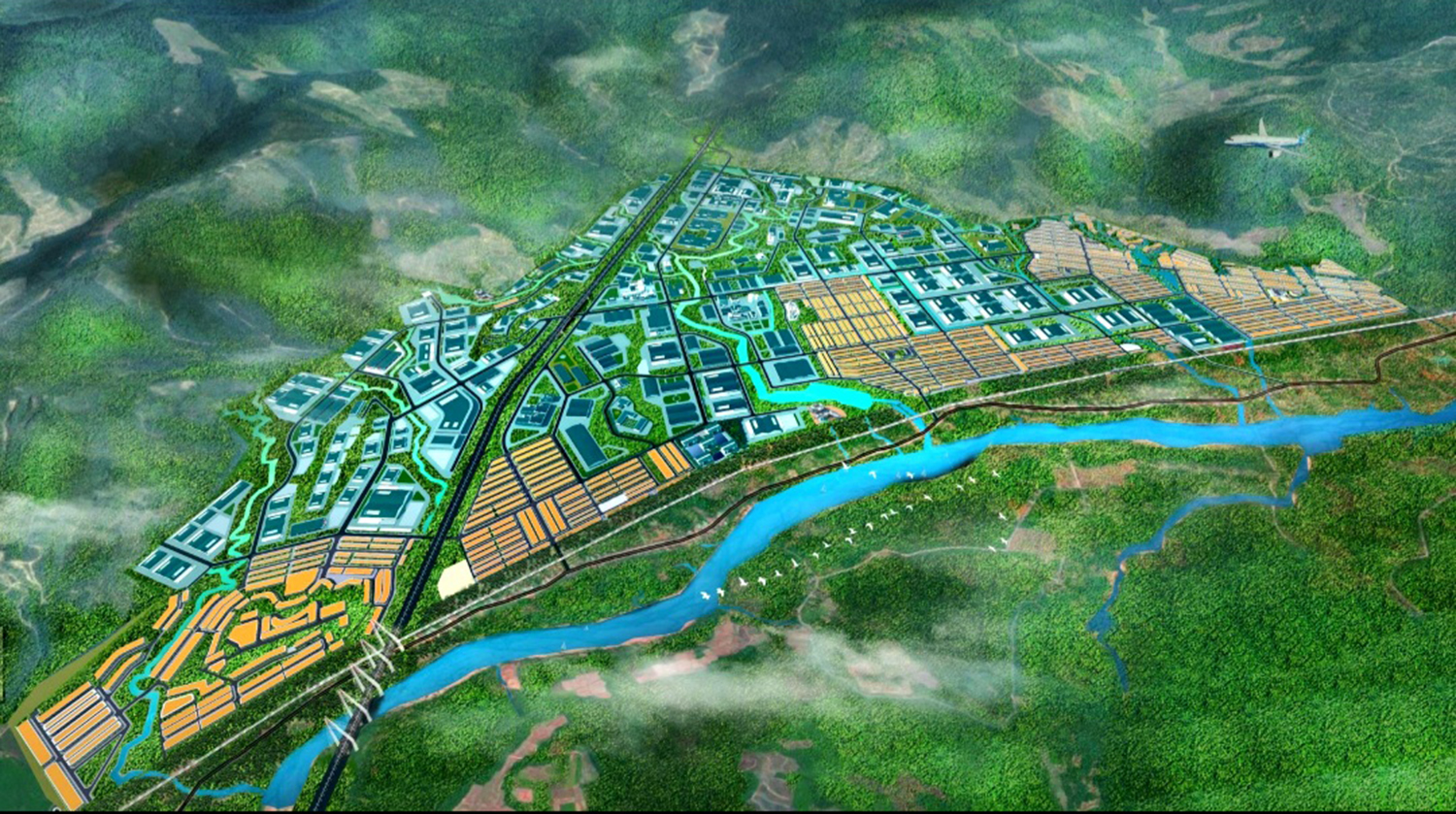 During last days of the 2020 Lunar Year, or the Year of the Rat, David Levett, a British software scientific expert, is still busy studying and manufacturing new products with his colleagues at TMA Innovation Park in Quy Hoa Valley, Quy Nhon City, the central Binh Dinh Province.

Giving back to hometown

With 30 years of experience in the IT sector in the UK, Levett made a 10-day trip to Vietnam a few years ago and felt like it was the right place for him. In 2019, Levett left his country for Ho Chi Minh City to work for TMA, a software company with around 2,000 engineers and 1,000 partners from 25 nations.

September 2020 marked the completion of the first phase of the TMA Innovation Park in Binh Dinh Province, allowing Levett and his associates to begin working in Vietnam.

“I love the Vietnamese people and culture in general and the residents, climate and scenery in Quy Nhon in particular. Aside from TMA leaders’ determination in developing the software innovation park in Quy Nhon, Binh Dinh’s authorities have a strong will to attract investment for high-tech science and technology. More and more investors have come to develop high-tech industrial, IT and AI projects in Binh Dinh. I believe that they have made a right, strategic decision,” Levett noted, adding that he has married a Vietnamese woman and they are going to settle down in Quy Nhon City.

Located in the Quy Nhon scientific urban area, TMA Innovation Park is next to the International Center for Interdisciplinary Science and Education operated by Prof. Tran Thanh Van.

Dr. Nguyen Huu Le, head of TMA Company, who is a native of Phu My District in Binh Dinh, said the investment of VND154 billion (US$6.65 million) in the innovation park is a way to express his gratitude to his hometown.

“Most central Vietnamese provinces share one thing in common – poverty, with the richest natural resource being their hardworking and studious people. However, without specialized scientific centers, most students move to big cities to find a job after graduation, instead of returning to their hometowns to build up a career. The development of the TMA Innovation Park not only turns out new software products serving partners in Vietnam and abroad but also lures software talents, who hail from central localities, and creates jobs for fresh graduates majoring in IT, mathematics and engineering,” Le said.

On May 8, 2019, when Truong Gia Binh, chairman of FPT Corporation, brought key personnel of the leading Vietnamese IT company to the central Binh Dinh to work and survey, he felt potential as local authorities considered science and technology as the foundation for sustainable growth.

“This [orientation] urged FPT to set up a base in Quy Nhon City, which focuses on AI as its distinction compared with other facilities nationwide. FPT pledged to turn Quy Nhon into a large AI center at not only national but also international level,” Binh said at that time.

Without any hesitation, the corporation implemented FPT University – Quy Nhon AI Campus project, which is slated for completion in the near future, in Dong Da Ward, Quy Nhon City, with the invested capital of nearly VND694 billion ($29.9 million). The university is expected to provide high-quality manpower with strong AI expertise and skills for Binh Dinh and the whole country.

In November 2020, FPT won a contract to develop a complex of AI center and supporting urban area, covering 94 hectares in Quy Nhon and having an investment of over VND4.3 trillion ($185.7 million). The project will include technology development research centers with high AI concentration, software production facilities and AI specialized urban areas.

Expectation for a breakthrough

In December 2020, Binh Dinh Province’s chairman Nguyen Phi Long, attended two back-to-back meetings with a due diligence delegation for Leonhard Kurz Stiftung & Company KG from Germany, a global leader with a 100-year history offering hot stamping foils as well as other anti-fake and bar code technologies. Andreas Hirschfelder, senior vice president of the group, said it has operated factories in China and Malaysia. However, it is considering choosing Vietnam as a center and giving priority to Binh Dinh Province.

According to chairman Long, Kurz has signed a memorandum of understanding with Binh Dinh so it will propose building a coating and thin film technology factory worth $100 million, with the first stage deployed at a cost of $40 million.

Determining high technology as the long-term orientation, Binh Dinh has become the house of Becamex Vietnam-Singapore Industrial Park (VSIP) Binh Dinh, an industrial – urban – service complex. Construction of the project started in September 2020 on an area of around 1,000 hectares in Van Canh District with an investment of VND5 trillion ($215.9 million) in the first phase. Nguyen Van Lang, director of Becamex Binh Dinh JSC, said the complex will only accommodate enterprises investing in clean, advanced and environmentally friendly technologies. Aside from a vision to attract $2-6 billion from investors, the project is expected to become a modern industrial urban and service zone, creating thousands of jobs and generating revenue for the central province in the future.

In late 2020, local government granted in-principle approval to Germany’s PNE Group to deploy an advanced wind power project off Phu Cat and Phu My Districts with the combined capital of US$4.8 billion, including from 154 to 156 turbines having the total capacity of up to 2,000 MW.

“It’s visionary to attract investment in high-tech, IT, AI and clean technologies as investors face few limits in material and fuel sources and enjoy green development benefits. This is an important reason for me to bring my family to settle down in Binh Dinh after eight years of working in Ho Chi Minh City since graduation,” said Nguyen Viet Duy, a software engineer in TMA Innovation Park.