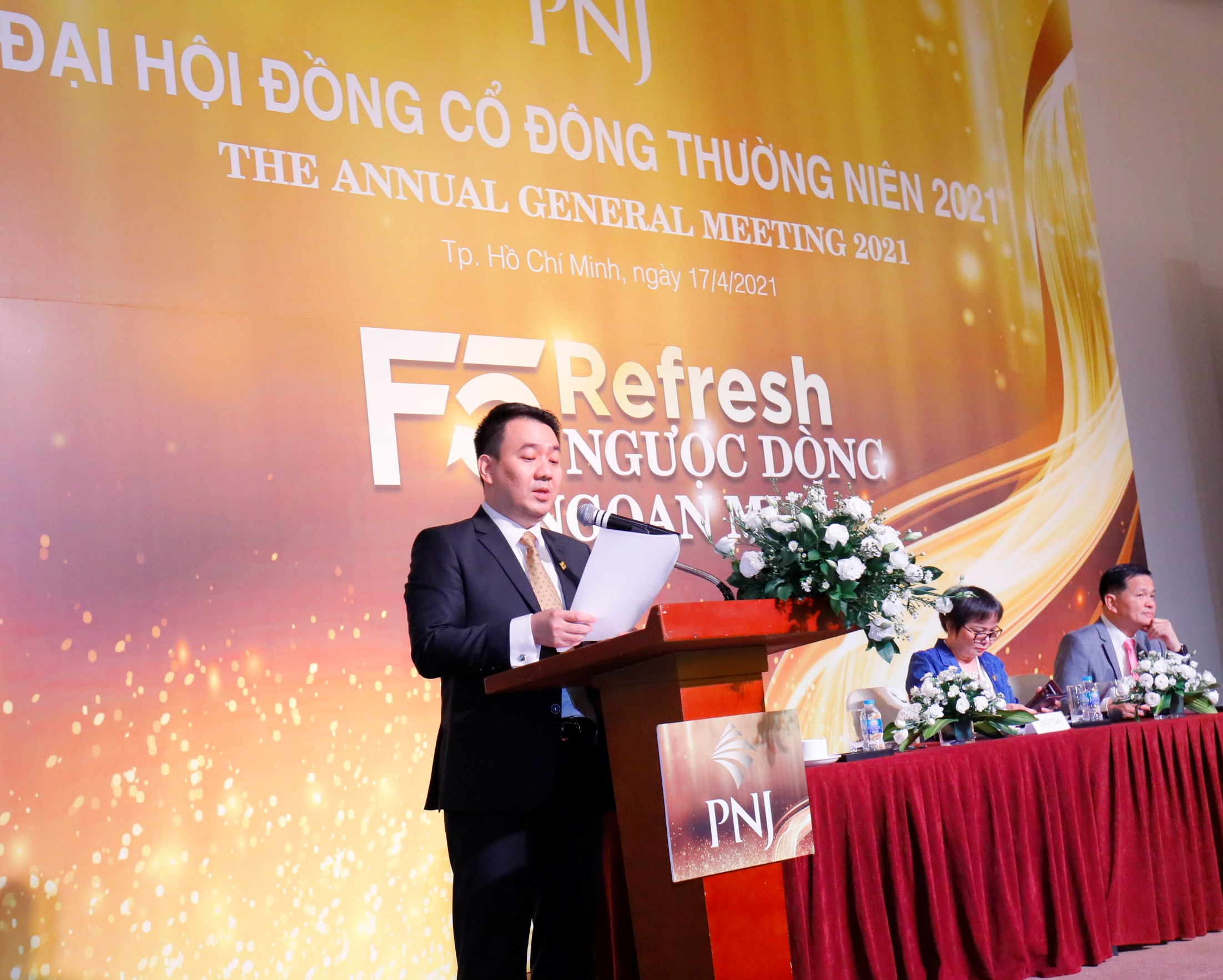 PNJ’s board of directors asked their shareholders to vote for the plan to issue 15 million shares, equivalent to 6.6 percent of the outstanding volume, during an annual general meeting last week.

Speaking at the event, PNJ CEO Le Tri Thong stated that the market size of the jewelry industry in the Asia-Pacific region shrank more than 30 percent last year.

Along with that, the collapse of some parts in the global supply chain and the uncertainties in the local stock market due to the COVID-19 pandemic forced PNJ to make drastic changes in their operations to absorb the impacts, the CEO said.

PNJ also sped up its store opening plans, invested in more prime locations, and kept themselves on trend with new designs.

In 2020, PNJ opened 29 new stores and closed 36 others to refinance the new outlets.

According to its financial report, the core business of PNJ continued to grow sharply thanks to the increasing market share.

Its retail sales grew 10 percent year on year in 2020 thanks to the efficient introduction of digitalization into product creation and communication a year before.

By the end of 2020, PNJ's revenue had been over VND17.5 trillion (US$759 million) and its net profit had topped VND1 trillion ($46.3 million), which were respectively 21 percent and 28 percent higher than expected.

Noticeably, PNJ stated its revenue from online business in 2020 jumped 300 percent against 2019.

Even in the first quarter of 2021, this sales channel also climbed 400 percent year on year, according to its recent statement.

However, CEO Thong acknowledged his company had to struggle with the same difficult market context as any brands in the luxury industry.

Although the company's turnover ascended three percent, its profit slipped 10 percent compared to the previous year.