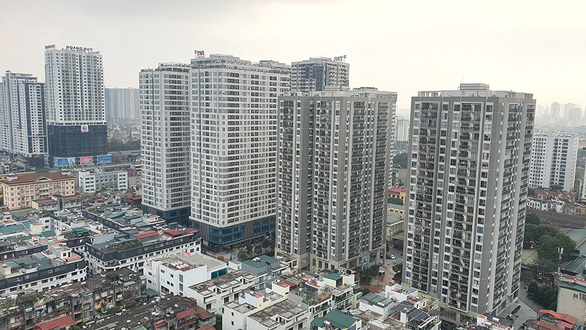 Condo prices down in Hanoi, up in Ho Chi Minh City

Apartment prices declined up to four percent in Hanoi but rose two to five percent in southern localities, including Ho Chi Minh City, in the third quarter of this year compared to the preceding three months, according the Ministry of Construction.

The average condo prices in Hanoi, the central city of Da Nang, and the south-central province of Khanh Hoa dropped two to four percent while they increased two percent in Ho Chi Minh City, and four and five percent in Dong Nai and Ba Ria - Vung Tau Provinces, respectively, the ministry said in a report reviewing Vietnam’s real estate market in the third quarter of 2021.

Low-end residences were only seen in a few projects located in suburban areas.

In Ho Chi Minh City, flats fetching VND23-30 million per square meter were only found at the HQC Plaza project in Binh Chanh District and the Citi Esto in Thu Duc City.

Between July and September, apartments in Hanoi’s Cau Giay and Nam Tu Liem Districts boasted higher prices than in other places of the capital city.

High-end apartments, offered at over VND50 million per square meter, in Hanoi and Ho Chi Minh City are often located at prime locations.

Both Hanoi and Ho Chi Minh City reported no new townhouse projects in the third quarter.

Meanwhile, the prices of land lots were unchanged from the previous quarter in general.

Land prices remained expensive in northern Vietnam, including Hanoi, but declined in some localities of the southern region, including Ho Chi Minh City, by five to seven percent from May.

Rents for grade-A offices have stayed the same during the past quarter while those of grades B and C decreased slightly as their owners wanted to retain tenants, many of whom had returned their leased spaces due to the impacts of the COVID-19 pandemic.

In Hanoi, grade-A and -B offices were offered at US$26.9 and $14 per square meter per month, respectively.

At shopping centers, many retailers have returned their rented spaces due to COVID-19 disruptions, prompting their landlords to lower rates by five to 10 percent for booths on the first floors and by two to three percent for the other floors compared to those before the pandemic.