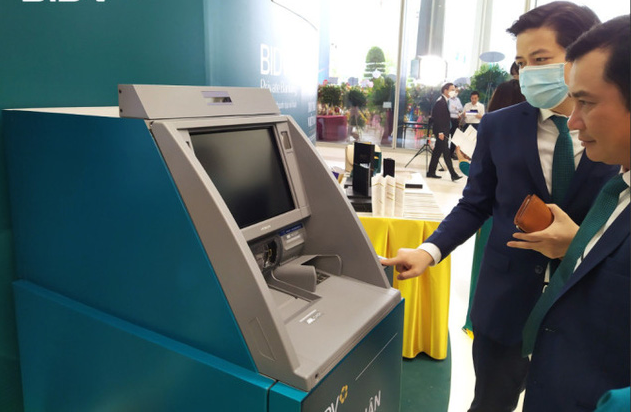 Vietnam’s Ministry of Public Security is coordinating with several banks to pilot a service allowing residents to withdraw money at local ATMs with their chip-based ID cards.

People now have another means to withdraw cash at ATMs aside from their bank cards and QR codes, a representative from the Police Department for Administrative Management of Social Order (C06) under the Ministry of Public Security, told Tuoi Tre (Youth) newspaper on Monday.

Using chip-based ID cards can minimize the risk of card forgery and ensure safety in financial transactions, the representative continued.

After the customer inserts their ID card at the ATM, the system will immediately check the information and verify it via biometric face and fingerprint recognition.

The C06 has been coordinating with some major banks to develop this service and is piloting it at some locations in Hanoi and northern Quang Ninh Province.

BIDV and VietinBank are among the first banks to work with the C06 to deploy the service.

Following the pilot phase, the service will be applied in the entire ATM network of these lenders.

With the use of chip-based ID cards, it takes only six to eight seconds to verify customers’ information for each transaction, according to a representative of VietinBank.

“The verification process and transactions were done in a quick, simple, and convenient manner,” Do Manh Hung, a customer of BIDV, said after trying the new service.