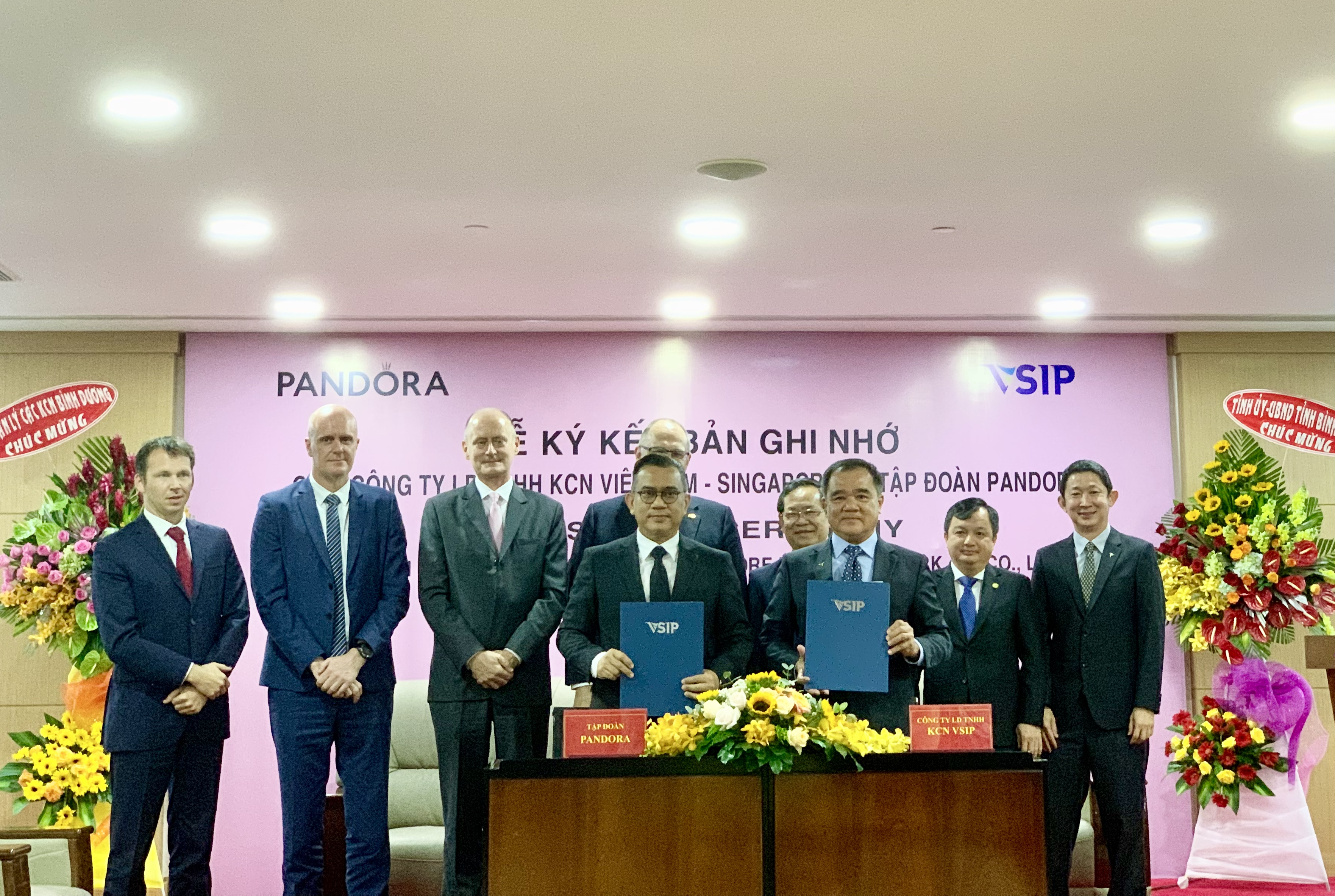 The new facility, located merely 40 kilometers north of Ho Chi Minh City, will be constructed according to the LEED Gold standard, a leading green building certification, and be powered by totally renewable energy, Jeerasage Puranasamriddhi, chief supply officer of Pandora Production Thailand Co. Ltd. said at a press conference on the same day.

It will create jobs for more than 6,000 craftspeople and boast an annual production capacity of 60 million pieces of jewelry, according to Puranasamriddhi.

Construction is set to begin in early 2023 and production is due to start by the end of 2024.

Pandora will invest $100 million in building the new factory in Vietnam, which will be the company’s third manufacturing site and first outside Thailand.

“We scouted countries all over the world before deciding on Vietnam and Binh Duong Province,” said Puranasamriddhi.

“Vietnam has a rich craftmanship history, and we will be able to access a large group of craftspeople.

“Binh Duong and VSIP provide great infrastructure, and we are very grateful for the support we have received from the local authorities and VSIP team.”

The Pandora representative added that the firm will also expand its current site in Lamphun, Thailand, bringing the total investment at the facility to $160 million over the next four years.

The firm expects the plan will help grow its total crafting capacity by around 60 percent and allow it to become more resilient to potential supply disruptions.

“Expanding our production capacity is critical to meet expected demand, and we are ready and excited for our new chapter in Vietnam,” Puranasamriddhi affirmed.

“We hope that the establishment of Pandora’s first crafting facility here will contribute to further expanding and intensifying our close cooperation with Vietnam,” the Danish ambassador said.

Pandora is the world’s largest jewelry brand by volume.

In 2021, Pandora sold 102 million pieces of jewelry, all hand-finished at the company’s two crafting facilities in Thailand, the firm announced on its website.