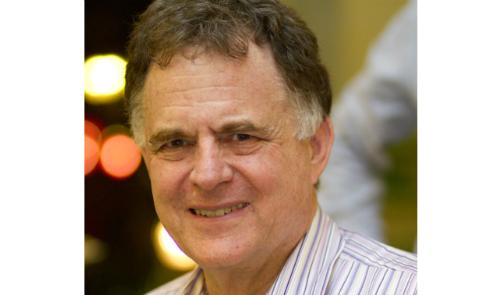 "I love the courage and humanity of Vietnamese people": Jordan Ryan

Former UN resident coordinator Jordan Ryan, an American who had to say goodbye to Vietnam almost eight years ago, then said “I would like to stay to witness wonderful things”. Eight years later, he came back to Hanoi to see the wonderful things he has missed. Here, he shares with Tuoi Tre his memories of Vietnam.

I’m delighted to be back in Hanoi for first time since the end of 2005. It’s been quite a long time. I come back at the time General Giap has just passed away. I had a chance in New York to pay my respect to him at the Vietnam mission to the United Nations. They had people around the world come and write in the condolence book. The message of that is: he is truly a man of the people. I have a chance here to recall the meetings I had with him.

I met him several times when he talked about his views of the future of Vietnam. When I met him, he was 94 years old, he was thinking about science and technology and how Vietnam can have the best education possible and have young people contribute to the future. I feel his memory is one that is very important because of the unity that the Vietnamese people historically had, especially in times of difficulties. This is the trait that the world admires. Vietnamese people always come together when times are tough.

When I worked here, I also had a chance to meet with Ms. Pham Thi Hue. She was the first person permitted go live on your national TV. I was so glad to see her again this time. She is still alive and well. I think she is delivering her message that it is the responsibility of all Vietnam to embrace people living with HIV without discrimination. Now she goes to provinces, invited by provincial leaders, to talk to young people in schools about avoiding drugs and not getting involved in behaviors that can transmit HIV. It is so wonderful to see her being so courageous.

Vietnam is such a special place in the heart of my family and myself. Whether it’s General Giap or a young woman who had a terrible disease, we see courage and conviction and that’s the real human part. That, to me, is always a marvelous thing about Vietnam. We met here for the annual cluster meeting of UNDP for Asia and the Pacific. Vietnam has much to share in terms of fighting poverty and natural disaster management. My old friend, minister of agriculture and rural development Cao Duc Phat, took time to see me even though Vietnam was preparing for the coming typhoon. He talked about preparedness for disasters, that Vietnam continues to grow better products, and that rice and coffee are getting better. So I’ve heard a lot of good news but challenges, too. There are difficulties in economy and social life. From the point of view of someone who has had the privilege of living in Vietnam two times, I am confident Vietnam can always rise up. I hope Vietnam will continue to tackle challenges, work with international communities, and give young people better education and opportunities to contribute to the nation and the world.

What do you miss the most about Vietnam when you are not here?

I miss Pho Ga (chicken noodle soup) (laugh). The only place with real Pho Ga is Hanoi. I just had a bowl. I also miss those peach blossoms. And I was so glad last night. UND national officers had dinner with Vietnam veteran old-timers. It was so wonderful to see them. Vietnam is always a country with a human heart, a heart that has gone through difficult times, invaders, bombs, struggles in economy but with such a commitment to make life better for the next generations. That’s what I love about Vietnam.

Vietnamese people have a deep respect for ancestors. I understand this is something belonging to generations before and after. I also believe that each and every Vietnamese citizen has a right to continue fostering the notion of a Vietnam that is free and independent, and lives up to the ideas of Ho Chi Minh to make it real for each person to get out of poverty but not to be greedy and let money corrupt them.

What made you the most proud of your work here?

I am most proud that we in UNDP were able to closely work with the government on HIV/AIDS issues. We have also helped the national assembly be stronger and increase the rule of law. We also contributed to make the flood and storm control committee stronger. Most importantly, we have been able to reach out to Vietnamese across the nation and help them see the importance of their own development. I went to Africa after leaving Vietnam and I would tell my colleagues to look at Vietnam’s resilience, and that Vietnam always tries to own resources before they look externally.

Do you have any wish for Vietnam?

You are in Vietnam at a time that we are intensely preparing for the super typhoon Haiyan. You are in charge of crisis at UNDP. Do you have any advice for us?

I work with matters of man-made and natural disasters. Vietnam has very good experience fighting natural disasters by getting people ready, alerting those at sea, evacuating if necessary, and so on. Minister Phat told me that this year there are 15 storms hitting Vietnam, more than usual. Vietnam has to be prepared for that.

At my current post, I understand that preparedness is very important. There are studies showing that with each dollar spent on preparation, seven dollars are saved if a disaster strikes. But I also see that in some countries, the costs [of disasters] are higher when people are not involved in policy making.