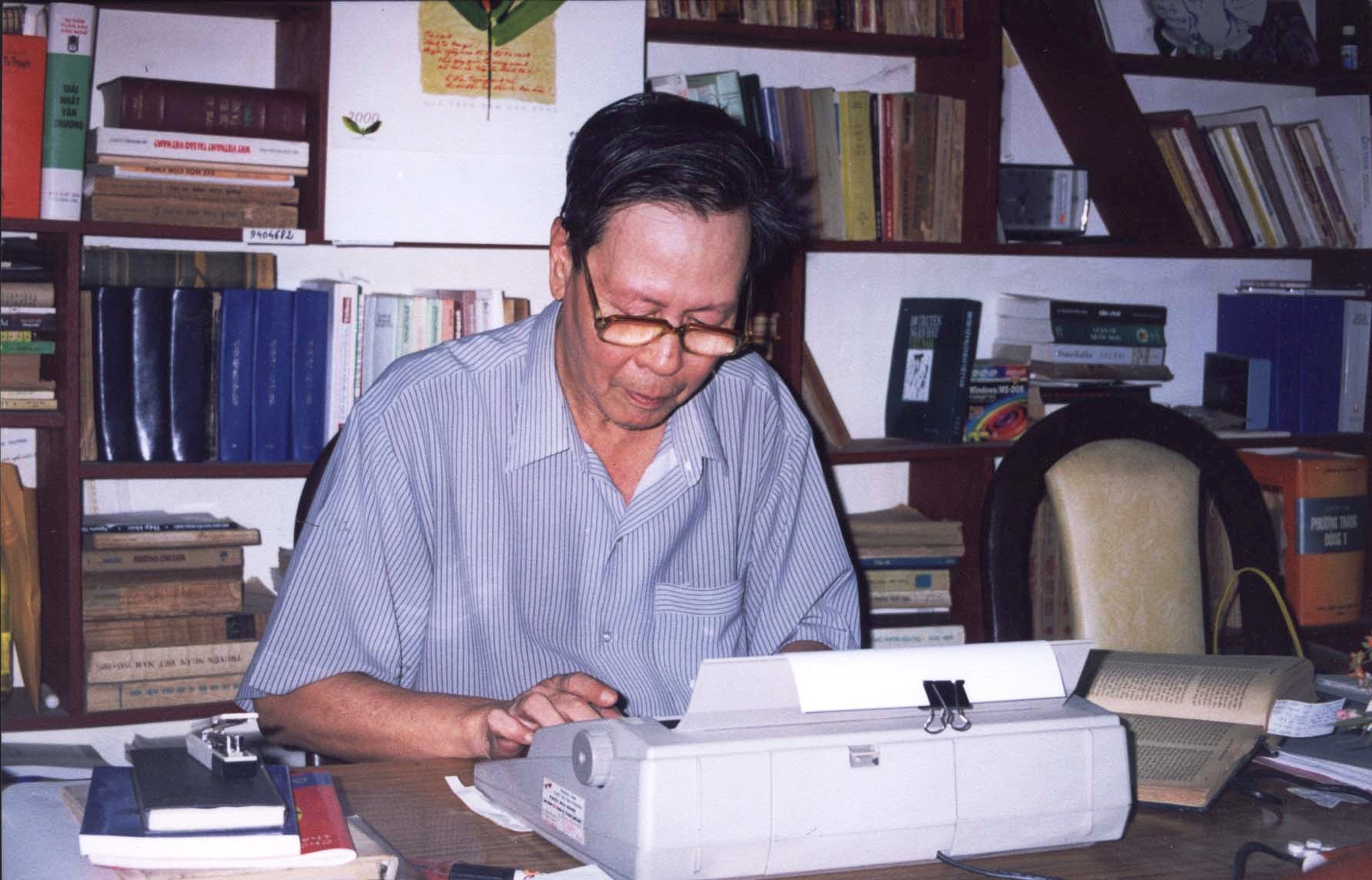 The typewriter or pen can be mightier than the sword. It can be the difference between life or death to some people.

Seemingly resigned to history, there is one plucky lady in Vietnam who is trying to keep the cumbersome mechanical contraption alive as a means of survival.

For the last quarter of century Pham Thi Anh Thu who lives in Nha Trang City in central Khanh Hoa Province has been earning a living by typing documents for clients on her trusty typewriter.

Not trained on touch typing either despite her many years in the game, Thu, 42, usually types with just one or two fingers on the heavy keys to make ends meet; and rain or shine every day you will see her at the crossroads of Phan Boi Chau and Han Thuyen Streets in the city, ready to offer her service to her traditional customers who prefer typewritten products.

She admits herself that she is surprised to still be in business in the 21st century as her customers have all the modern facilities at their disposal with computer and photocopy stores on most city streets in Nha Trang. She may be one of a kind but she comes from a three-generational family of typists.

Thu’s heydays were in the 1980s and 1990s when she was hired to type documents, personal letters to be sent overseas, poems and short stories for writers and she admits she earned good money but since the computer is increasingly used, she has had to move her ‘workplace’ from street to street. She admits she hates to type up divorce papers as she fears she is breaking up families, but she also sometimes types for free citizens’ complaint letters.

Thu doesn’t know how long she will stay in business but with two kids at school, she has no choice but to keep going.

Her predicament is a world away from my own romantic visions of the typewriter. I imagine all the great novelists, newspaper reporters and movie script writers banging upon the machine. Taking great care, time and effort, they experience frustration as they throw hundreds of pages into the bin if they are not happy with their words or there are too many mistakes that not even correction tape can fix. Despite the challenges of using the old typewriter, they still managed to produce magical stories that we, mere mortals, can only dream of.

I think in the past there was an impression that once something was typed on a typewriter and taken out of the machine to show to the world, it was final. If your birth certificate or identity paper was printed wrong, tough. You would have to spell your name that way from now on.

Now I don’t have any examples from personal experience but there are plenty from the movies. I recall Marlon Brando’s character from The Godfather, Don Corleone, who only received his new surname because that was the name of his village, Corleone in Sicily, Italy. Also when I think of the film Schindler’s List, I can see Liam Neeson (Oskar Schindler) speaking out names of Jewish people he was trying to save from Nazi Germany by hiring them to work in his munitions factory to his accountant Itzhak Stern, played by Ben Kingsley, who is furiously typing away knowing the simplest mistake could result in that person being taken to their death. That’s pressure.

I think the best use of a typewriter by a novelist has to be James Caan from the movie Misery. Caan, starring as famous writer Paul Sheldon, is rescued from a car crash and then imprisoned by his ‘number one fan’ Annie Wilkes played by Kathy Bates. She chains him up, as he has two broken legs, to make sure he doesn’t escape and ensure he keeps writing about her favorite character Misery, whom he tries to kill off in his last book. He eventually writes the novel Annie wants but then burns it and, in the mayhem, whacks her on the head with the typewriter, killing her and freeing him from his own misery.

Heading back to reality, I was heartened to read Thu’s story but doubt I’ll be hanging up my laptop. Typing on a laptop is a relaxed, more peaceful, and soothing experience, because it is touching the keys instead of battering them. I think typing on a typewriter is stressful after having done so as a young guy. The typing part was fun but correcting the mistakes was not so much.

Writing a novel, or indeed a column, on a typewriter might seem more romantic but a more pragmatic approach has to be the PC or laptop. There could be a compromise, though, as some companies are offering classic typewriters for the modern age which are called USB typewriters – old ones connected to a screen.

So, Thu has a few friends out there trying to keep this traditional writing instrument alive. Me, I’ll stick to the laptop.