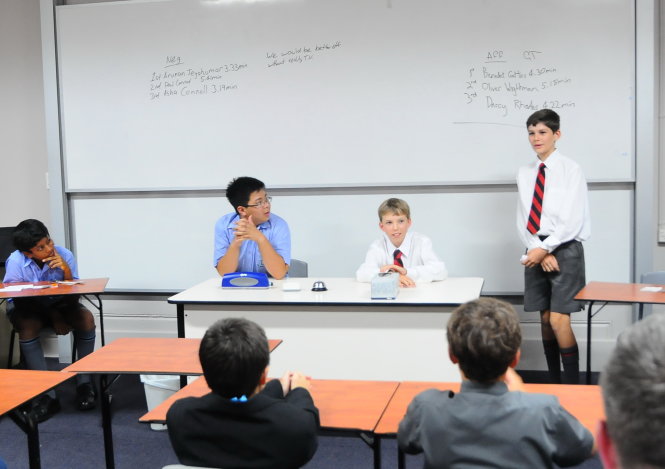 Editor's note: That the youth will be allowed to decide on their own is a dream Le Hong Man from the central Vietnamese city of Da Nang expects to come true in 2035 as she joined the “Ky Vong Viet Nam 20 Nam Toi” (“My Expectations for Vietnam in 20 Years”) writing contest.

At 15, I dreamed of the environs in which parents and teachers would hand over the key to success to their children/students. That burning dream lingers in me until now, when I’m 26.

I expect in the 20 years to come, my country would be home to many houses and schools which would help incubate talents. At those places, children would be aware of how they grow, while their parents and teachers would provide auspicious conditions for them to thrive on, instead of determining their growth based on rigid default frames.

How great it is that all families and schools serve as “nurseries” for gifted youngsters to make the most of what they have.

How wonderful it is that kids could do all that their hearts desire, and speak their own voices, and students all would take great delight in their schools.

How marvelous it is that parents would stop trying every way they can to gain their children’s entry into their favorite schools, or fretting over different examinations that their children sit for. Instead they could sit back and allow their children to go to the schools of their children’s dreams, where the kids would be free to demonstrate what they are best at and happy to get results, whether they are desirable or not.

Nothing could be better than when teachers feel free from worries over achievements they are supposed to obtain. They could instead focus wholly on honing their abilities and skills to pass on the essentials and more to their students.

And of course, nothing could be greater that fresh graduates would no longer be agonized by the grim prospect of unemployment, as at any point they would be conscious of their abilities, and could earn money when necessary to provide for themselves and contribute to the society.

I have always envisioned my future country as such. I have never stopped visualizing future generations of aspiring, capable youths who do not hesitate to think outside the box.

Twenty years is not a short duration, but it is not long either to build future generations of talented youths. The building must of course begin now.

Learning how to spot and cultivate talents

Please don’t think that exceptional talent is something extraordinary. Gifted people are omnipresent. The thing that counts is whether the hidden talents are unearthed and honed.

Let’s raise your child as if you were cultivating a real genius, as early as your pregnancy. No wonder why scientists have come up with sound tips on what pregnant women should do to boost their unborn child’s intelligence.

Let’s apply sound knowledge on a selected basis to yourself and your family, ranging from caring properly for your unborn children, letting them listen to music, talking to them and keeping yourself worry-free so that your unborn babies would enjoy perfect mental and physical growth.

During child rearing, parents should learn to respect their children as early as they are a few months old. Just allow them to learn what they need. Guiding them how to explore the world around is the first step toward the making of future scientists and inventors.

Parents should also heed and cultivate their children’s aptitudes. As soon as kids can articulate their likes, just ask them what they love to learn or do. An early orientation and development could be conducive to their future success.

As far as formal education is considered, the local education system should be brushed up by systemizing textbook knowledge, omitting unnecessary things, and dedicating half of the curricula to the required academic knowledge and the other half to training skills and cultivating aptitudes. Schools should also put into practice the slogan “Just allow people do their own studies whenever need arises.”

To be specific, it’s not necessary that all knowledge be taught as knowledge is boundless. Instead let’s give students more time for them to find out what they need to learn to bridge their knowledge gaps. Educators should also turn exams into talent seeking activities.

At universities, instead of just cramming textbook knowledge into students’ minds, let’s inspire them so that each of them would become an orator and inventor who could be fully aware of their abilities and stand up for their dreams. Such students could also persuade potential investors about their chances of success, so that they could see a bright future ahead upon graduation.

As for me, the above-mentioned dreams are not far-fetched at all. In actuality, four of my friends and I have been applying this approach. Though such application is not radical yet, as school curricula remain overwhelming, my group and I have made light of our kids’ school results, and do not force them to learn all that is written in textbooks. We have instead aimed to develop their intellectual capacity and aptitudes.

We have received worthy results: a 10-year-old girl who excels in martial arts; a bright 12-year-old boy who has claimed several prizes in physics and math; and a 9-year-old girl who is an excellent swimmer and sewer. We call such achievements success in our own way.

I’m with the conviction that if my project is implemented right from now, those trained under the project would grow into active, resourceful people in the future.