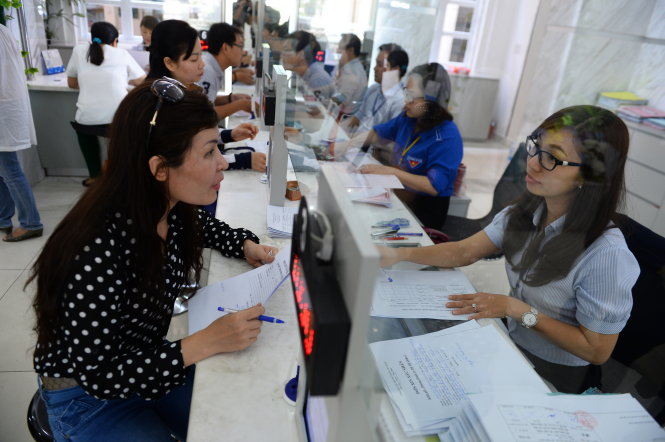 Vietnam will have truly fair, systematic public administrative apparatus in 2035

Editor’s note: Do Huy Binh, a 26-year-old editor from Hanoi, hopes that the next 20 years is long enough for Vietnam to improve its public administrative apparatus so that the mechanism would become fair and boast technological applications, in his submission to the “Ky Vong Viet Nam 20 Nam Toi” (“My Expectations for Vietnam in 20 Years”) writing contest.

A dream apparatus that is fair and systematic would be achievable with concerted efforts made by the state and people alike.

In advanced countries, the public administrative mechanism is the foundation and benchmark for a progressive society. The more perfect the administration system is, the better the society becomes.

The public administrative agencies at different levels in Vietnam have faced numerous challenges. The statistics from the Vietnam Provincial Governance and Public Administration Performance Index (PAPI), conducted by the Vietnam Fatherland Front in the past four years, have pointed to noteworthy issues. Among a total of 13,552 randomly selected respondents joining a survey in 2014, up to 49 percent said bribes are a must if they want a job in public agencies. Thirty-three percent replied they had paid under the table for land use certificates, while another 43 percent admitted they had paid sums to doctors and nurses for more attention while seeking treatment at public hospitals.

Worryingly, the PAPI index in 2014, the latest edition, saw no noted change from the earliest report in 2011. Meanwhile, there has been a rise in the number of respondents who think corruption and pestering persist at state administrative agencies.

In the next 20 years, the state administrative apparatus would hopefully get perfected in being fairer and more systematic. This is also citizens’ justifiable aspiration and a future trend. Public agencies would offer quality service to people through an effective mechanism which is well organized thanks to the latest technological applications. All administrative transactions across the country would be conducted promptly online. Staffers would be trimmed down as much as possible. They would be dedicated public servants who offer good public services, treat all people equally and complete the paperwork in the shortest of time.

In the next 20 years, public administrative agencies would be free of corruption and citizen pestering. People then would take a better role in overseeing public service administration, demand full rights when doing transactions and receive optimum results.

Two decades is not long compared to a country’s history, but it is enough to make numerous changes. Japan and South Korea turned themselves into powers only within that period of time. There’s thus no reason for us to cast doubt on our country’s positive changes in the next 20 years.

First of all, citizens are supposed to take a key role in perfecting the public administration mechanism by contributing their opinions and fighting actively at grassroots agencies. They should also grasp administrative procedures and insist civil servants strictly comply with the procedures. People should blow the whistle and denunciate civil servants’ wrongdoings instead of being intimidated or acting as their accomplices. It’s also advisable that citizens offer suggestions for government leaders to perfect certain rules and procedures.

Modernizing the administration apparatus with IT applications is a premium solution for enhancing the apparatus’ efficiency. Once the digitalized system of information is perfect, management tasks would be performed strictly and synchronously, with little margin for blunders or misdemeanors. This will not only benefit citizens but also help the state trim its current bulky apparatus of civil servants.

Working on policies, implementing them and monitoring the provision of public service are three inter-related processes which reflect the state’s administration power. Inappropriate policies, improper implementation and inadequate monitoring will adversely impact social stability. It’s critical that the state take these tasks into close consideration and people fully engage in these tasks with a view to establishing a fair society and spur on social growth.