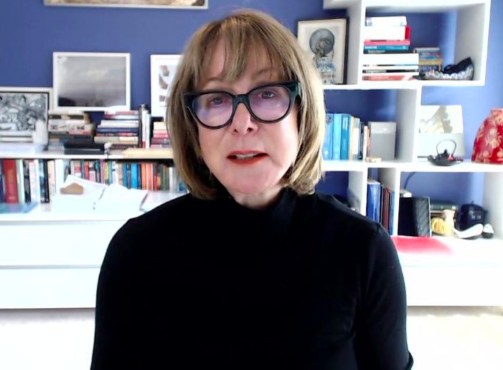 Professor Mary-Louise McLaws, an expert in infectious disease control from the University of New South Wales and a technical adviser to the World Health Organization, has included Vietnam on a list of countries that could form an Asia-Pacific ‘health bubble.’

Speaking on Australia’s national broadcaster, the ABC, this week, Professor McLaws, who has completed several research projects around hand hygiene and infection control in Vietnam, supported the idea of a health, trade, and travel bubble with countries who had ‘performed well’ during COVID-19.

Lauding the country’s rapid response, she urged nations of the West Pacific region to work more closely together.

“What I would like to see is a much closer relationship between Australia and our neighbors in the Asia-Pacific region,” she explained on the ABC’s ‘Conversations’ radio program.

“Because of COVID, the opportunity exists for us to set up a bubble of knowledge, health, tourism and trade, so that when the next pandemic occurs, we can at least open up to countries that have similar approaches to trying to protect their nationals.”

She cited Taiwan, Japan, Vietnam, and South Korea as places where one knows they “are going into a very similar epidemiological pattern” when traveling there.

Having worked on the frontlines of three previous pandemics; SARS — which reached Vietnam’s shores in 2003 — MERS, and HIV when it was first discovered, the Australian professor was part of the WHO’s first COVID-19 ‘roadmap’ meetings that took place in Geneva in February.

She explained that while scientists’ understanding of the virus has come a long way since then, there are still many things unknown, particularly its long-term effects, including on non-hospitalized cases.

Notably, she was also dismissive of anyone labeling the virus a ‘bad flu.’

“Those countries had seen the devastation of two or sometimes three previous pandemics, so they knew what to do.”

In terms of a vaccine, Professor McLaws said that while she was more optimistic now than in February, she encouraged caution among those pushing for a ‘silver bullet’ solution.

“What I think we will find is that given the extraordinary circumstances, we may have to be happy with a first vaccine that may only elicit a neutralizing response in 60 or 70 percent of cases.

“This will allow us to protect frontline workers and those considered vulnerable. But if we can reduce morbidity and mortality worldwide, that’s a good thing.”

In Vietnam, mortality from COVID-19 has been amongst the lowest, with only 35 deaths reported thus far in a country of almost 100 million people, and limited community transmission.

In Australia, with a population of 22 million, 907 deaths have been recorded, with the eastern state of Victoria only just being released from lockdown.

According to Professor McLaws, if Australia’s borders are to open back up to countries like Vietnam – and vice versa – there needs to be more interdependence within the region, imploring Australians to ‘get out of their Western bubble,’ when it came to how they thought about infectious disease control.

Significantly, she also encouraged more cooperation on climate change, which she sees as inherently linked to the emergence of new viral threats.

“The closer we get to nature, especially if we’re not respectful, the more we will be challenged with these novel viruses. If climate change accelerates and combines with a pandemic, that pandemic will look like it’s on steroids.

“We need to prepare well and be well prepared with our neighbors.”