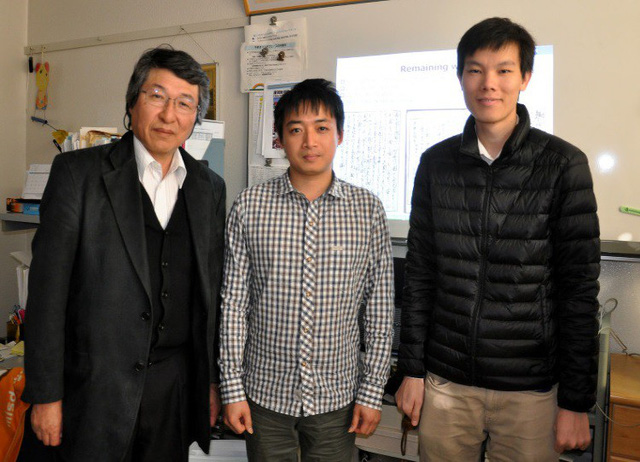 Two Vietnamese students have become the winners of a competition for designing artificial intelligence (AI) systems in Japan thanks to a product that can decipher Vietnam’s ages-old type of script.

According to the Mainichi, Japan’s national daily newspaper, the contest has been organized since December 2017 by the Institute of Electronics, Information and Communication Engineers.

The event drew 23 groups from universities and colleges nationwide. Contestants were presented with the challenge to form the most effective system to read cursive hiragana, one of the two phonetic scripts in Japanese.

The AI product by Ly Tuan Nam and Nguyen Cong Kha, 28-year-old students at the Tokyo University of Agriculture and Technology, was able to find the meaning of 96 percent of single characters, and 88 percent of three-character groups.

The students, who used to learn at the Hanoi University of Science and Technology in Vietnam, have worked through good offices of Professor Masaki Nakagawa, and spent about four months developing the AI system, a three-layer neural net modeled upon human brain features.

Their system was required to learn 300,000 hiragana characters contained in pictures from 14 handwritten texts, including "The Life of an Amorous Man" by author Ihara Saikaku, who lived in the Edo period, between 1603 and 1868.

"We ran the test repeatedly to raise (the AI's) accuracy. That was really interesting," Nam said.

Previously Kha also used AI to read writings on wooden tablets dug up from the ancient Heijo Palace remnants in Nara Prefecture, a region of many UNESCO World Heritage Sites.

He expressed his intention to build an AI system that can decipher Nom, a Vietnamese writing system from the 10th century, for few people can read the script, leaving a number of texts using Nom awaiting interpretation.

"I wish to do something useful for the Vietnamese people," he said.

The students' product "will surely benefit the study of history," Nakagawa, his instructor, said.

Nakagawa's lab is likewise developing systems to read handwritten test answers, including those for entrance exams.

"I hope this may reduce the load on exam markers and allow for the wider adoption of handwritten test answers," Nakagawa said.