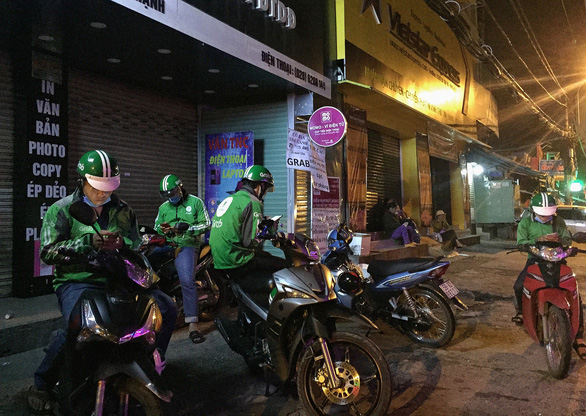 The Vietnamese government is considering a limit on how many hours college students can work in part-time jobs as concerns mount over students spending more time earning money as rideshare drivers than focusing on their academic performance.

According to Deputy PM Binh’s directive, the aforementioned ministries are to encourage operators of ride-hailing services to reduce the working hours of partners who are currently students.

At the same time, tertiary institutions are ordered to come up with ways to regulate their students’ participation in part-time jobs and promote a healthy balance between working and studying.

Bui Van Linh, head of the students’ affair department under the Ministry of Education and Training, views the new order as necessary in the current state of student employment to “avoid risks and detriments inherent in students’ part-time jobs,” preventing the issues from affecting the well-being and academic performance of students.

“In reality, many students are unable to make ends meet, so their need to work outside of school hours is completely reasonable,” he added.

Nguyen Huu Phat, a first-year IT student in Ho Chi Minh City, shared with Tuoi Tre that he has been a rideshare driver for half a year.

Phat typically wakes up early and gives rides from 5:30 am to 8:00 am every day.

The 19-year-old ceases work to go to class in the morning and continues driving after lunch until 9:00 pm.

Like Phat, Nguyen Tien Truong, a forestry senior at a university in Ho Chi Minh City, said that he has worked as a rideshare driver since his sophomore year.

“Before, I was pretty free so I ‘hunted’ bonuses by driving for eight hours a day,” Truong told Tuoi Tre.

“Recently, my school workload has increased so I only work whenever I’m free."

Both Truong and Phat think that it is each student’s responsibility to balance between their part-time jobs and study.

According to Phat, many students choose to work for ride-hailing services because the working hours are flexible.

“Regulating a fixed number of working hours [for students] will be hard because every major and school year has a different curriculum,” Phat said.