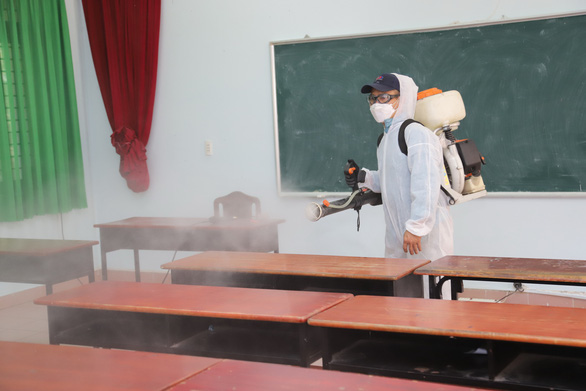 About three-fourths of 63 provinces and cities in Vietnam have decided to postpone reopening schools at all levels for another two weeks amid an novel coronavirus outbreak (COVID-19), following an urgent request by the Ministry of Education and Training.

All kindergarteners and school students in the 63 localities have allowed K-12 students to take at least one extra week off after the Lunar New Year holiday, which began in late January.

Their back-to-school day had been initially scheduled for February 3 but was delayed twice to February 17 due to the COVID-19 fear.

While schools were preparing to welcome students back next Monday, the education ministry on Friday afternoon sent an urgent dispatch to the People’s Committees of 63 provinces and cities to ask them to extend school closure until February 29.

Following the request, as of Saturday, as many as 47 out of the 63 provinces and cities have announced that their students will stay home until February 29.

This is the third time the school break has been extended in less than a month.

The COVID-19 has killed 1,526 people and infected nearly 66,900 globally since it first hit the central Chinese city of Wuhan in December 2019, according to the South China Morning Post.

It has spread across mainland China and to 31 other countries and regions, according to a Reuters report.

Vietnam confirmed its first infections on January 22, when two Chinese nationals were hospitalized in Ho Chi Minh City and tested positive for the new coronavirus.

The Southeast Asian country has since reported a total of 16 cases of the viral infection, including 13 Vietnamese, one Vietnamese American, and two Chinese, with the latest positive case being announced on Thursday.

Among them, seven have fully recovered and discharged from the hospital.