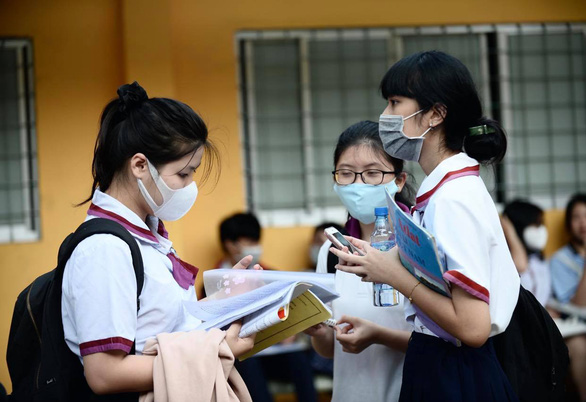 A number of students in three Vietnamese provinces of Bac Ninh, Dien Bien, and Binh Phuoc retook part of their tests in the national high school exam on Tuesday due to supervisors’ errors.

The 2020 national high school exam commenced on Saturday, when students showed up at exam venues to complete mandatory procedures prior to the actual tests, which took place over Sunday and Monday.

More than 870,000 students across the country sat for their literature and math tests on Sunday, and foreign language, natural sciences, and social sciences tests on Monday.

While most of the examinees enjoyed their first day of free time after finishing the important exam on Tuesday, some had to retake part of their tests on the same day due to human error.

In the northern province of Bac Ninh, the supervisors in one examination room mistakenly signed their names in a section reserved for examiners during the literature test.

To correct their mistakes, the supervisors handed students new answer sheets and asked them to copy their answers over, but did not give them extra time for the task.

In the northern province of Dien Bien, the supervisors in seven examination rooms handed out the geography exam questions to the candidates five minutes late without compensating for the lost time.

In the southern province of Binh Phuoc, both the supervisors and an examinee in a test room mistakenly believed that the latter was exempted from taking the geography test, while in fact the candidate was not.

It was not until the end of the test that the supervisors found the candidate’s name on the list of test-takers.

As a result, the students in the eight aforementioned exam rooms in Bac Ninh and Dien Bien and the candidate in Binh Phuoc had to retake their literature and geography tests on Tuesday, as per the decision of the Ministry of Education and Training at a meeting on Monday afternoon.

Questions for Tuesday’s exam sitters had been prepared as backups beforehand and were at the same level of difficulty as the official ones handed out on Monday, the education ministry said.

Results of the test also serve to help universities and colleges enroll students.

The foreign language test can be English, French, German, Chinese, Japanese, or Russian; natural sciences are a combination of physics, chemistry, and biology; and social sciences include history, geography, and civic education.

The annual exam often takes place in July. This year’s edition was delayed until August due to prolonged school breaks caused by the novel corona virus disease (COVID-19) pandemic earlier this year.