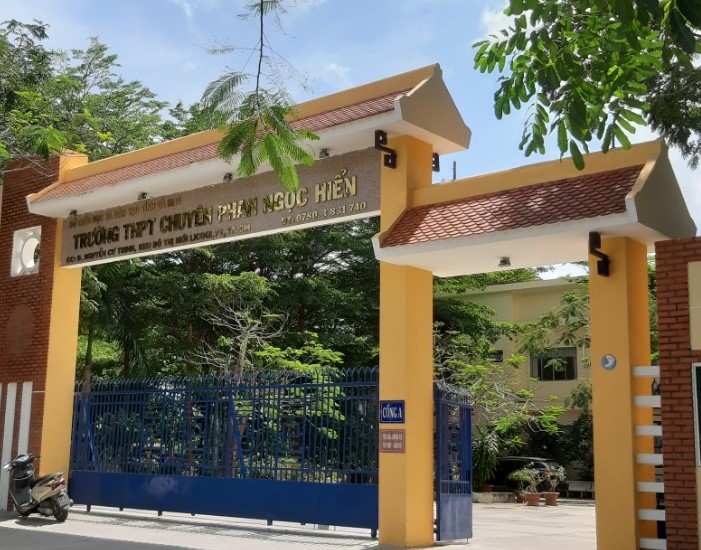 A vice-principal of a high school in Ca Mau Province, located in southern Vietnam, has been found forcing students to eat food having been discarded in a garbage can.

When Le Trung Dam, vice-principal of Phan Ngoc Hien High School for the Gifted, and some members of the school’s Youth Union and proctors were checking up on the students on the morning of April 18, he saw six 12th graders bringing food into their classroom, which is against the school’s regulations, according to a report by the provincial Department of Education and Training.

Dam asked the students to take the food out to a stone bench in the schoolyard and finish it there.

Two of the students then threw their food into a trash can on their way to the bench.

As Dam later saw the two students having no food in their hands, he asked them to “take the food back and eat.”

One of the two was absent from school the next day.

Nguyen Minh Luan, deputy chairman of Ca Mau Province, sent a dispatch on Thursday to the Department of Education and Training to order clarification of the case.

The department is required to report the results to the provincial People’s Committee before April 28.

Meanwhile, Le Chi Nguyen, principal of Phan Ngoc Hien High School, explained that Dam requested the students to take the food back and eat it because he did not know the boys had discarded the food, but thought that they had hidden it somewhere.

The management board of the school already convened a meeting and demanded that Dam apologize to the students and their parents after the incident.