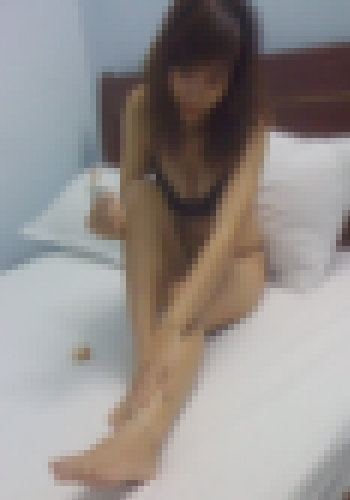 An increasing number of young locals, mostly good-looking girls, vie for attention and earn money by posing for and sharing nude photos, but not a few have borne tremendous consequences over this insidious practice.

In today’s modern world, girls who yearn for good income without hard work or adequate education, or crave attention and admiration from their peers for their stunning curves do not hesitate to strip off and pose for nude photos, either professionally as nude models or just to keep up with the fad.

Such titillating photos are rife on social networks, posted either by their owners on purpose or by their ill-meaning friends or photographers.

Fed up with conventional outdoor or studio bridal shoots, a number of couples also choose to add specials to their big event and celebrate their love with nude bridal photos.

They are usually not aware of, or are heedless of, the associated risks and psychological and reputation damage until it is too late.

Such nude photos taken by young, attractive girls are rife on Facebook these days.

“The risks range from the photographers’ sexual harassment, raping of their models or clients, or their posting their victims’ nude photos with their faces distinctly exposed on forums and social networks. Such malicious photographers can also use the photos to gain fame, extort money from their victims, or coerce them into having sex with them,” Quan noted.

He showed sympathy for the amateurish models who take nude photos mostly to keep up with the Joneses or “capture women’s prime-time sensuality.”

“When I was 18, I was tempted by my friends into posing nude behind my boyfriend’s back. Later, when my friends turned against me, they purposely leaked my nude photos,” she recalled.

Her boyfriend broke up with her shortly after he stumbled upon the photos, accusing her of possible adultery, judging the girl on her eagerness to shed off clothes in front of an all-male photo shoot team.

Meanwhile, Trinh, a university student, told local newswire Vietnamnet how she was relentlessly pestered by phone calls from unknown men, who cracked suggestive jokes and offered to pay her for sex.

Trying in vain to stall such calls, she had to switch to another sim card.

Likewise, though nude bridal photos stand out from myriad conventional ones and accentuate the brides’ attractive physique and the couples’ intimate moments, owning such a collection usually does not guarantee an auspicious beginning to their marriage, and sometimes even boomerangs on the owners themselves.

Mothers-in-law in Vietnam in particular, and in Asia in general, typically expect their daughters-in-law to be virtuous and thus frown on this emerging trend.

VietnamNet reported that Thanh and Vinh, her husband-to-be, spent quite a large sum and a few days posing nude for their bridal photo collection.

To the couple’s dismay, as soon as the groom’s mother stumbled upon the nude collection, she compelled them to get rid of all the photos; otherwise, their wedding would be annulled.

Thanh sadly said that there was a noted change in her mother-in-law’s attitude, which slid from loving care to almost contempt.

In recent years, local media have also reported on numerous cases in which girls, including those as young as 12, had their nude photos purposefully exposed on social networks by malicious ex-boyfriends, acquaintances or photographers.

Following the exposure, most of the victims, particularly underaged girls, were in for contemptuous, spiteful criticisms from netizens and others, which dealt themselves and their families a devastating blow.

As a 12-year-old girl in Hanoi was on the verge of succumbing to the mounting pressure from her leakage of nude photos, her family posted apologies on social networks and pleaded with netizens to leave her alone, VietnamNet said.

Weigh up the pros and cons of such shots

Culture researchers, lawyers and psychologists have thus cautioned young people to think twice about taking nude photos, no matter how trustworthy their partners, friends or photographers may be.

“The rampantly carnal photos have strayed away from righteous nude photographers’ artistic intentions. Though these photos are no longer blasted as heavily as in the past, when people were considerably less receptive to items of sexual content, the exposure of such photos can still dealt a crushing blow to young Vietnamese and their families,” Dr. Nguyen Nha, a veteran culture researcher and historian told Tuoi Tre.

“I think ‘yem’ [a Vietnamese bodice which has a front part and strings in the back and is used primarily as an undergarment] can do perfectly well and is a more culturally appropriate option when it comes to accentuating women’s bodily attractiveness,” Huong stressed in an interview with Tuoi Tre.