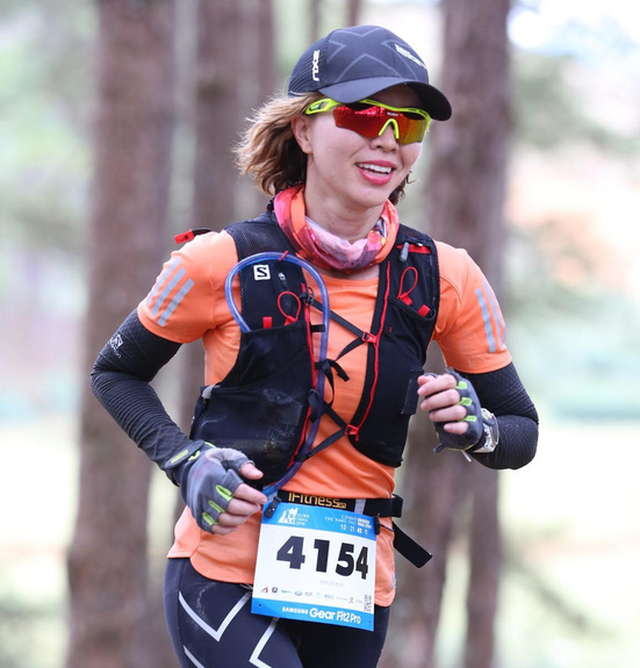 Tang Minh Nguyet will be the first Vietnamese woman to participate in the run through the frigid North Pole this month.

Also known as the World’s Coolest Marathon, the FWD North Pole Marathon is an annual Artic run which aims to push some of the world’s toughest humans to their limits.

The 41.195km run (26.2 miles) will be held on April 9 in a seriously unaccommodating environment.

Participants will have to brave temperatures of -30ºC (-22ºF) throughout the 10-day journey, from April 2 to April 12, as they endure the physical training needed to handle the frigid conditions.

The Vietnamese daredevil, Minh, who has never been to the North Pole, says the coming experience “will be the gig of a lifetime. It’s great for non-professional athletes like me and I really want to overcome this challenge.”

She hopes her participation in the event serves as an inspiration, proving that “anyone can do the seemingly impossible.”

In order to prepare for the run, she has been training regularly, alternating between swimming, yoga, jogging, cycling, and weekly trips to the gym.

“The physical training depends on my schedule, but I try to make the best of my free time. I train by myself,” Minh said.

Unsurprisingly, it is not the miles she will have to cover to finish the race, but rather the prolonged exposure to brutal weather conditions that she fears most.

But Minh says she has already overcome her biggest challenge – laziness!

“Getting out of the house and training every day are already 50 percent of the way,” she shared.

Not just the North Pole

Minh is a mother of two and currently runs a fashion shop in Ho Chi Minh City.

The runner used to be bored by the thought of a marathon, but had a change of heart after participating in a local charity run.

As the arctic competition draws nearer, she feels the anxiety of setting foot in a remote land and meeting strangers, but she set her sights on overcoming her own limits.

“I will come back filled with energy,” she said.

After the North Pole run, the Vietnamese woman will partake in the IRONMAN 70.3 race in Da Nang, a triathlon consisting of swimming, biking, and running.

She will continue pushing her limits at the 70km Sapa Vietnam Mountain Marathon in September.