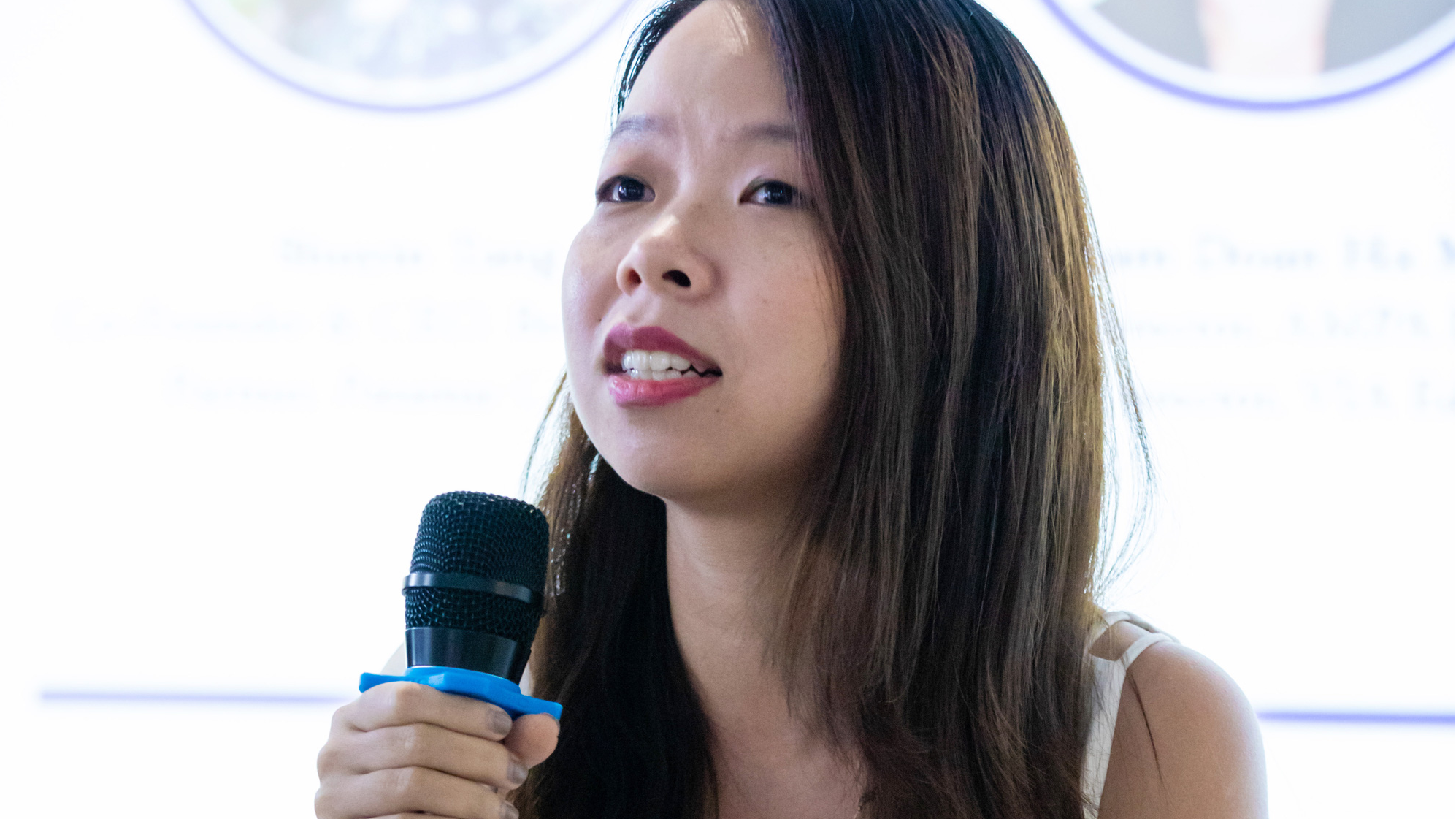 Having scored admirable academic and professional achievements at a young age, this Vietnamese businesswoman said the early loss of her mother shaped her character.

Ngo Thuy Ngoc Tu, 33, grew up with her father and younger sister, having lost her mother to an illness at the age of six.

For the next 12 years, Tu would learn to keep sadness at arm’s length, partly because she did not want to emotionally burden her father, but more importantly because she was now the sole female model in the family for her sister.

Tu developed the habit of being independent in almost everything she did, a trait that would later prove helpful during her time at Stanford University in the U.S..

But throughout her twenties, Tu confessed, she was haunted by an irrational fear.

“I was obsessed with the number 35 – the age at which my mother passed on,” Tu told Tuoi Tre (Youth) newspaper.

“I used to think that my life, too, would be just as short and [35] would be when it stopped.

“I later learned that many others who shared the same backgrounds also experienced a similar obsession.”

While the fear pushed Tu to live every day to the fullest, it also deprived her of the fun in it all because everything was in a rush.

Tu was also torn by her inner conflicts: she was intrigued by innovative endeavors but dreaded failure and losing what she had.

In 2009, Tu decided to return to Vietnam after graduating from Stanford University despite bright career prospects in the U.S..

“Between 2009 and 2013, I worked like a machine, learning by trial and error with different educational business models,” Tu recalled.

Her second startup is a roaring success, having raised tens of millions of dollars in funding.

But deep down Tu was unhappy. She admitted to finding herself crying a lot during this period.

“In 2019, I decided to face my pains and learned to understand them before actively seeking help from support groups, especially those with women who shared my problems,” Tu said.

“I sought help from psychological experts and took on meditation to try and open the ‘box’ that had been holding my pains.

“The journey lasted a whole year.”

Tu spent two weeks traveling alone to the northern town of Sa Pa, where she spent most of her time writing, meditating, reading, and talking to herself.

“To make the trip happen, I had had to organize my work very carefully, speaking to my loved ones and colleagues to avoid any shock as I would be towing away my laptop and cellphone for the entire trip,” Tu said.

But to Tu, every startup should be well prepared to operate smoothly without one of its co-founders for some time.

“I’m certain the biggest problems every co-founder has to face might not be external, but arise from within themselves,” she said.

Tu learned that sometimes the best supporter is a good listener, rather than those throwing solutions or emotional reactions at the people around them.

Having weathered the ups and downs of life, Tu’s current goal is to inspire and provide professional support to other women.

“I was lucky to receive much support from male colleagues in my previous projects, but many other female entrepreneurs are not as fortunate,” Tu observed.

“There are women I know who were chiefly in charge of a startup project but had to step away from the spotlight at crucial moments for a number of reasons."

That is why she has taken on the new roles of a public speaker and co-founder of an investment fund to support young businesswomen.

Tu was the first female student from a public school in Vietnam to be accepted into Stanford University with a full scholarship in public policy.

She later earned an MBA from INSEAD in Singapore.

Tu was picked to host the town hall meeting between former U.S. President Barack Obama and young leaders in Ho Chi Minh City when he visited Vietnam in 2016.

She is currently the chairwoman of a major English language center in Ho Chi Minh City and the co-founder of the venture capital fund Touchstone.