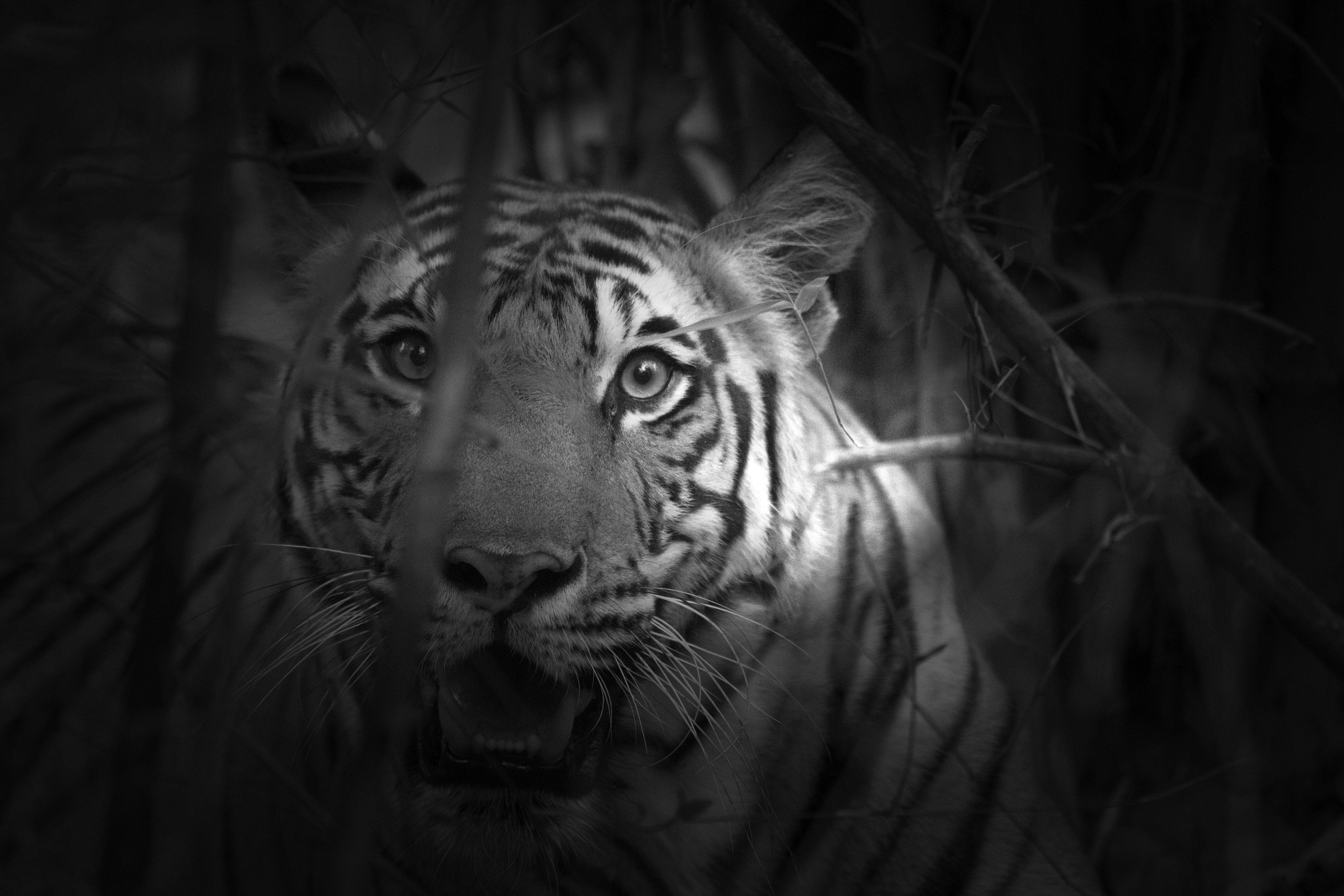 As an acclaimed photographer specializing in capturing the uniqueness of nature, Bjorn Persson, a Swede, has a special affinity for tigers.

He spoke with Tuoi Tre News about his work capturing the mysterious, massive cats ahead of the 2022 Lunar New Year, the Year of the Tiger, which is due to be celebrated in Vietnam on February 1.

During the discussion, Persson recounted his unforgettable experiences photographing tigers in the wild, art projects he has participated in to help preserve a variety of endangered species, and his thoughts on animal conservation.

I am sure that you have taken many photos of tigers as a wildlife photographer, right? How many countries have you visited to photograph these animals?

I have only been able to photograph tigers in India. They exist in several Asian countries, but are exceedingly difficult to find due to the harsh and remote environments in which they live. Also, the world population of tigers has dropped by 97 percent in the last 100 years, lowering the likelihood of seeing one in the wild.

There are actually more tigers in zoos and captivity right now than in the wild. In Vietnam, where there are just a small number of tigers left, the last one was photographed with a camera trap in 1997.

[The photographer refers to data supplied by the World Wide Fund For Nature - WWF and CNN.]

Tigers are sometimes called 'the kings of the jungle.' I know you used the phrase 'tiger land' in one of your social media posts. In your opinion, does this nickname hold true?

I definitely think that the tiger is the true king of the jungle. It is at the very top of the food chain, and its size and appearance are mind-blowing.

Tigers are actually the biggest cats in the world, even bigger than lions. A fully grown adult can weigh up to 300kg.

And they are certainly one of the most beautiful and powerful creatures that have ever walked upon earth. For two million years, they have existed but now it is up to us to decide whether or not we want them to be a part of our future.

What do you love most about tigers? What characteristics of the tiger do you find most impressive?

Seeing [a tiger] in the wild is an almost unreal experience. With their striking bright colors and awe-inspiring stripes, they look like they come straight out of a fairy tale.

I cannot think of any other animal with such a beautiful and powerful appearance, and it is easy to understand their spiritual importance and they have played such a significant role in tales and legends throughout history.

Do you have any unforgettable memories relating to tigers?

It is hard to pinpoint one experience. Every encounter, minute, and second with a wild tiger stays with you forever. You almost have to pinch your arm to make sure you’re not dreaming when you see one. Each and every meeting [with a tiger] is unique.

What are the most difficult aspects of photographing tigers? Is it more dangerous than taking photos of other species, like lions and leopards?

Because you must stay in a jeep when photographing tigers, there are no direct dangers involved. Tigers are some of the strongest and most aggressive animals in the world, so you need to be incredibly careful and not take any risks.

Most of the attacks that happen are accidents that take place in local villages. They usually involve farmers and fishermen and are a direct consequence of the human-wildlife conflict. In the past, tigers had vast areas to patrol. They need these big areas to hunt and survive.

Today, tigers are limited to small habitats. That is one of the main reasons for their shrinking numbers.

You seem to love all of the wildlife species, but do you have any 'bias' toward tigers?

Tigers are definitely special to me. They are one of a kind and don’t look like any other creature. With their long cultural and spiritual heritage, they are probably one of the most admired and romanticized animals in the world. Throughout the world, you can find statues and symbols resembling tigers.

I cannot think of any other animal that leaves you with such a strong impression after seeing it in the wild. In my work of photographing tigers, I try to portray their poetic beauty and the fragile ecosystem that they are a part of.

My photos are not just close-ups, like traditional wildlife photography or documentaries. I use black and white to feature the essence of the tigers and I try to capture their souls. You can discover more of my work at www.bjornpersson.nu.

I still remember a special and unique project you published about three three years ago in which you collected human fingernails to replace rhino horns. What has the project achieved over the past few years.

The Nails for Extinction campaign was remarkably successful and became a viral hit. The idea was to make a point about how stupid the rhino horn medicine industry truly is and how meaningless the extinction of this beautiful animal is. Rhino horns consist of the exact same material as human fingernails.

That is why I asked people to donate their nails (instead of money) to provide people who buy this illegal product with a substitute medicine. I offered it to the Chinese and Vietnamese market, but obviously, the intention was not to make money.

My only goal was to provoke a strong response. And it worked. The campaign was highlighted in media all over the world. Stopping poachers is essential to protecting endangered animals, but even more effective is educating the people who buy these products, thereby putting an end to the pointless demand.

Do you have any similar projects designed to protect wild tigers?

Yes, I am a proud ambassador for the UK-based NGO Save Wild Tigers. They have done a remarkable job of fighting for tigers. A few years ago, I helped organize the world’s largest-ever tiger photography exhibition. Over 30 renowned wildlife photographers were asked to donate their best tiger images, and the prints were then shown at the Royal Albert Hall in London.

Hundreds of thousands of people were able to see the show and learn more about the critical situation of the tiger. I love to work this way and it is very effective. To inspire and engage by showing the beauty of our wildlife, instead of scaring and threatening people into reacting.

I am certain there will be more ideas in the coming year of the tiger. We have to be creative in fighting wildlife crimes.

Thank you so much, Bjorn Persson!

He has traveled around the world to document invaluable moments of endangered species and raise awareness of people on preservation and environmental causes.

His photos have been published in the National Geographic, Africa Geographic, Vagabond, and Wildlife magazines.

The photos have also been shown at many museums and galleries in England and Sweden, including the National History Museum, Dunkers Cultural Museum, Royal Albert Hall, Pelle Unger Gallery.

His first book, The Real Owners of the Planet, was published in 2018.

Recently he released his new photography book Beauty Will Save the World, which is a follow-up to his first release The Real Owners of the Planet, and the second book in a trilogy about the modern man’s affinity to nature, according to his own website.

Persson is also the founder of the non-profit foundation Here Forever, with the vision of increasing the awareness of wildlife conservation-related matters and inspiring people to engage.