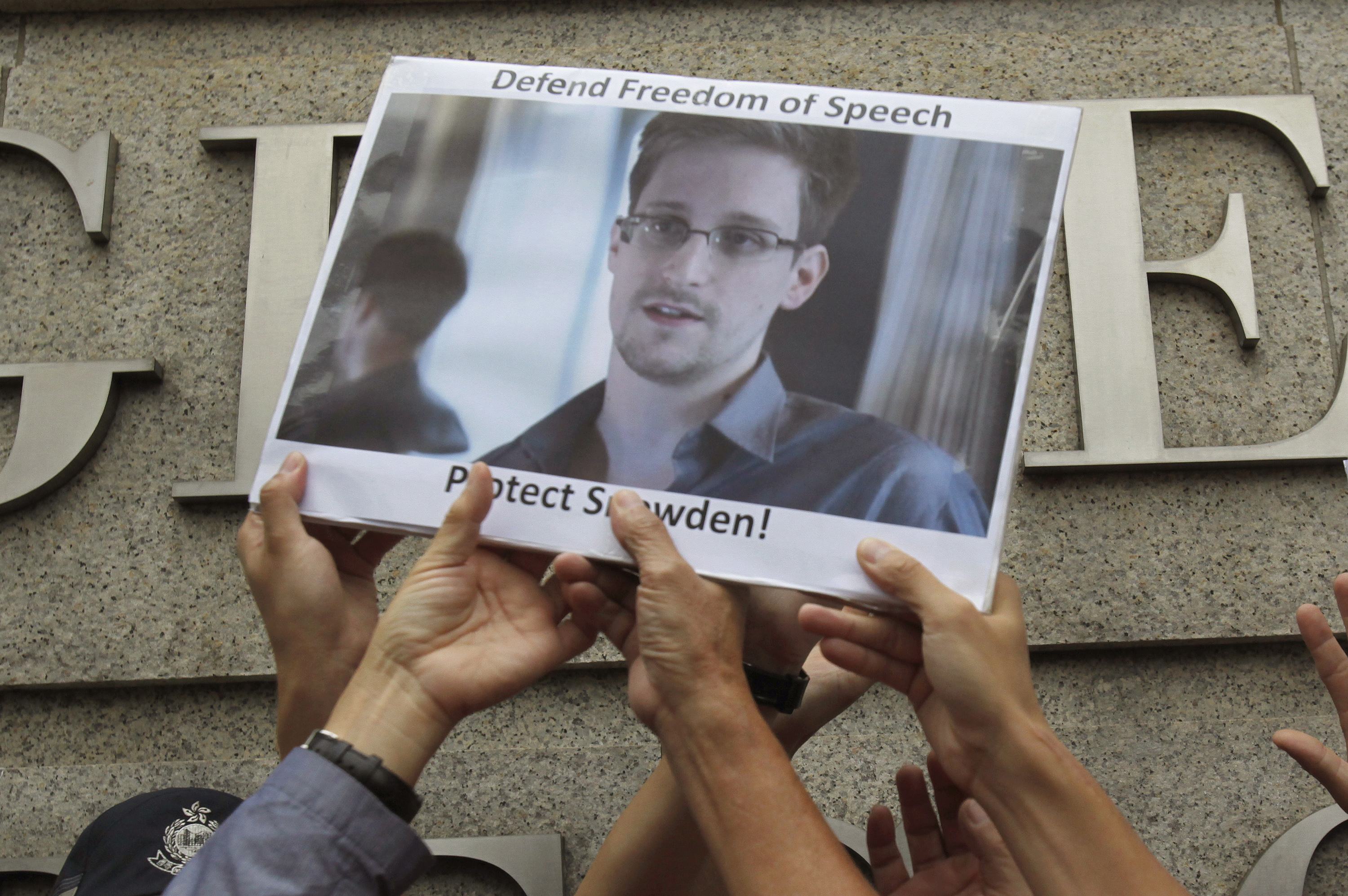 HONG KONG – Former spy Edward Snowden flew out of Hong Kong on Sunday, reportedly bound for Moscow and onwards to a third destination, momentarily escaping the clutches of US justice in a shock development sure to infuriate Washington.

Confirming his departure, the Hong Kong government said it had "no legal basis" to prevent the 30-year-old leaving because the US government had failed to provide enough information to justify its provisional arrest warrant filed on Friday.

"Mr Edward Snowden left Hong Kong today (June 23) on his own accord for a third country through a lawful and normal channel," it said in a statement, without confirming his destination.

The former National Security Agency (NSA) contractor was aboard Aeroflot flight SU213, according to the South China Morning Post, which has carried exclusive interviews with Snowden in Hong Kong. The plane was due to land at Moscow's Sheremetyevo airport around 5:15pm (1315 GMT), according to flight tracking websites.

The latest interview on Sunday contained new revelations about US cyber-espionage against Chinese targets that drew a stinging response from China's official news agency. The foreign ministry in Beijing had no immediate comment, either about the revelations or about Snowden's plans.

"Moscow will not be his final destination," the SCMP said, citing "credible sources", and raised the possibility of Iceland or Ecuador as Snowden's ultimate port of call.

Russian President Vladimir Putin's spokesman said he had no information that Snowden was flying to Moscow. Russian media reports said he could be heading on to Cuba.

On its Twitter feed, Julian Assange's WikiLeaks operation claimed credit for helping to arrange "Mr Snowden's political asylum in a democratic country, travel papers and safe exit from Hong Kong", without revealing the final destination. It said he was currently in Russian airspace.

Snowden came to Hong Kong on May 20 to begin a damaging series of leaks on NSA eavesdropping of phones and computer systems that has triggered concern from governments around the world. President Barack Obama's US administration insists the surveillance was legal and had foiled a number of extremist plots.

Snowden's departure could bring US repercussions against Hong Kong but more broadly will be a shock to the Obama administration, which just on Friday had unveiled charges including theft and espionage against him in a bid to force his return from Hong Kong.

White House National Security Advisor Tom Donilon had said the charges "present a good case for extradition under the treaty, the extradition treaty between the United States and Hong Kong".

"Hong Kong has been a historically good partner of the United States in law enforcement matters, and we expect them to comply with the treaty in this case," he told CBS Radio News on Saturday.

The government of Hong Kong, a "special administrative region (SAR)" under Chinese rule that has maintained its own British-derived legal system, said it had informed Washington of Snowden's exit.

"Since the documents provided by the US government did not fully comply with the legal requirements under Hong Kong law, the HKSAR government has requested the US government to provide additional information so that the Department of Justice could consider whether the US government's request can meet the relevant legal conditions," its statement said.

"As the HKSAR government has yet to have sufficient information to process the request for provisional warrant of arrest, there is no legal basis to restrict Mr Snowden from leaving Hong Kong."

The statement also pressed Washington for answers "on earlier reports about the hacking of computer systems in Hong Kong by US government agencies".

In the latest revelations published by the South China Morning Post, Snowden said the NSA was hacking Chinese mobile phone companies to gather data from millions of text messages.

He said US spies have also hacked the prestigious Tsinghua University in Beijing – home to one of six "network backbones" that route all of mainland China's Internet traffic – and the Hong Kong headquarters of Pacnet, which operates one of the Asia-Pacific region's largest fibre-optic networks.

"These, along with previous allegations, are clearly troubling signs," Xinhua said in a commentary.

"They demonstrate that the United States, which has long been trying to play innocent as a victim of cyber attacks, has turned out to be the biggest villain in our age," it said.

Prior to Snowden fleeing Hong Kong, Xinhua noted that Washington had set the extradition process in train.

"But for other countries, Washington should come clean about its record first. It owes too an explanation to China and other countries it has allegedly spied on. It has to share with the world the range, extent and intent of its clandestine hacking programmes," it said.

Abandoning his well-paid job as an intelligence technician in Hawaii, Snowden came to Hong Kong with a cache of documents detailing the reach of NSA operations around the world.

"The NSA does all kinds of things like hack Chinese cell phone companies to steal all of your SMS data," Snowden said in the Post interview, which the newspaper said was conducted on June 12 and released after it had scrutinised and clarified his claims.

His claims about Pacnet followed a Guardian report in which he claimed the British government's electronic eavesdropping agency GCHQ had gained secret access to fibre-optic cables carrying global Internet traffic and telephone calls, and was sharing the information with the NSA.