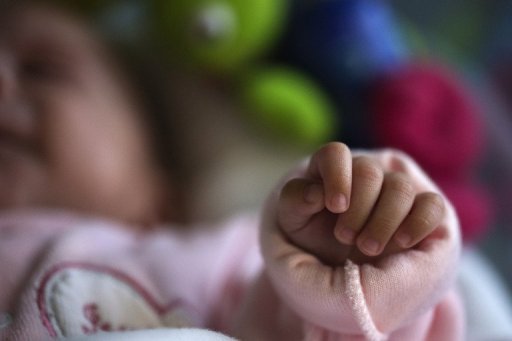 BEIJING – Chinese authorities have detained a policeman accused of grabbing a seven-month-old baby girl from her parents and throwing her on the ground, fracturing her skull, state media said Sunday.

Guo Zengxi, a policeman from the central city of Linzhou in Henan province, was on his way to a karaoke bar after drinking with friends one evening last month when he saw a man holding a baby accompanied by his wife, the Legal Evening News reported.

After betting with his friends that the child was just a doll, the policeman touched her face then grabbed her from her father, before lifting her up and smashing her on the ground, the report said.

The baby, named Yueyue, was immediately taken to hospital and is out of danger, state news agency Xinhua said.

Guo, who was off-duty at the time, initially received 15 days of disciplinary confinement after the incident but no additional punishment.

However, Xinhua said Sunday he had now been arrested after an investigative team was sent to probe the incident, which sparked fury on Chinese social media.

"The policeman involved in the baby attack was put under criminal detention on Saturday night and was transferred to a detention centre in Anyang City this morning," Xinhua quoted Guo Fajie, head of the public security bureau of Anyang city, as saying.

Last month, in a separate case, a two-year-old Chinese girl was thrown to the ground by a man in a row with her mother over parking.

She died a few days later, provoking outrage and sadness among Chinese netizens.