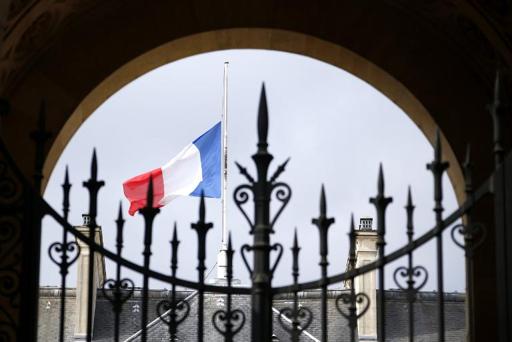 France came a step closer Monday to finding out why an Air Algerie plane smashed into the Mali desert last week as black boxes from the crash arrived in Paris.

Flags on government buildings in the French capital and elsewhere in the country flew at half-mast in mourning for the 118 victims of Thursday's tragedy that saw entire families wiped out.

Thousands of kilometres away on the remote desert site of the accident, experts were sifting through the remains of the aircraft to try and determine why it plunged to the ground with such force that it almost completely disintegrated.

"I can confirm that the two flight records of the MD-83 (McDonnell Douglas 83) that crashed in Mali arrived this morning at the Bureau of Investigations and Analyses," a spokeswoman for the agency that probes air accidents told AFP.

"At this stage, we cannot say anymore."

According to a source close to the case, who refused to be named, one of the black boxes -- devices that record flight data and conversations in the cockpit -- was badly damaged on the outside.

Depending on their condition, it can take anywhere from several hours to several days or weeks to get raw data from the black boxes.

But Foreign Minister Laurent Fabius and Transport Minister Frederic Cuvillier were set to brief the press on the latest developments at 1400 GMT.

Video footage of Mali's remote, barren Gossi area where the plane came down showed a scene of devastation littered with twisted and burnt fragments of the plane.

France bore the brunt of the tragedy, with 54 of its nationals killed in the crash of flight AH5017, which had taken off from Ouagadougou in Burkina Faso and was bound for Algiers.

Travellers from Burkina Faso, Lebanon, Algeria, Spain, Canada, Germany and Luxembourg also died in the accident that has tentatively been blamed on bad weather that forced the pilots to change course.

On Monday, several towns across France that lost entire families or couples to the tragedy announced they would pay hommage to people they held dear.

The central village of Menet, where a family-of-four perished in the crash, said a silent march would take place Friday in front of the places where the victims used to go, such as the school or certain shops.

"People in the village can't quite realise what happened. For us, the footage we see on television is extremely violent," said the mayor Alexis Monier.

In Paris, President Francois Hollande held another crisis meeting Monday morning with ministers at the presidency, where the national flag flew at half-mast.

Paris has taken the lead in the probe, and Hollande has said the bodies of all passengers on the plane -- not just French nationals -- would be repatriated to France.

The accident is the worst air tragedy to hit France since the crash of the Air France A330 from Rio de Janeiro to Paris in June 2009.

It was also the third crash worldwide in the space of just eight days, capping a disastrous week for the aviation industry.

On July 17, a Malaysia Airlines plane was shot down in restive eastern Ukraine, killing all 298 people on board.

And a Taiwanese aircraft crashed in torrential rain in Taiwan on Wednesday, killing 48.

Apart from the BEA experts, France has also dispatched 20 police officers to the crash site to identify the victims and determine the cause of the disaster.

One flight recorder was retrieved almost as soon as rescuers arrived on the spot, while the second was found late Saturday.

France has also dispatched military forces already stationed in Mali since its offensive last year to free the country's north from the grip of Islamists and Tuareg rebels.

French Defence Minister Jean-Yves Le Drian said last week that around 180 French and Malian forces were on site to secure the area, as were 40 Dutch soldiers from the MINUSMA UN stabilisation force in Mali.