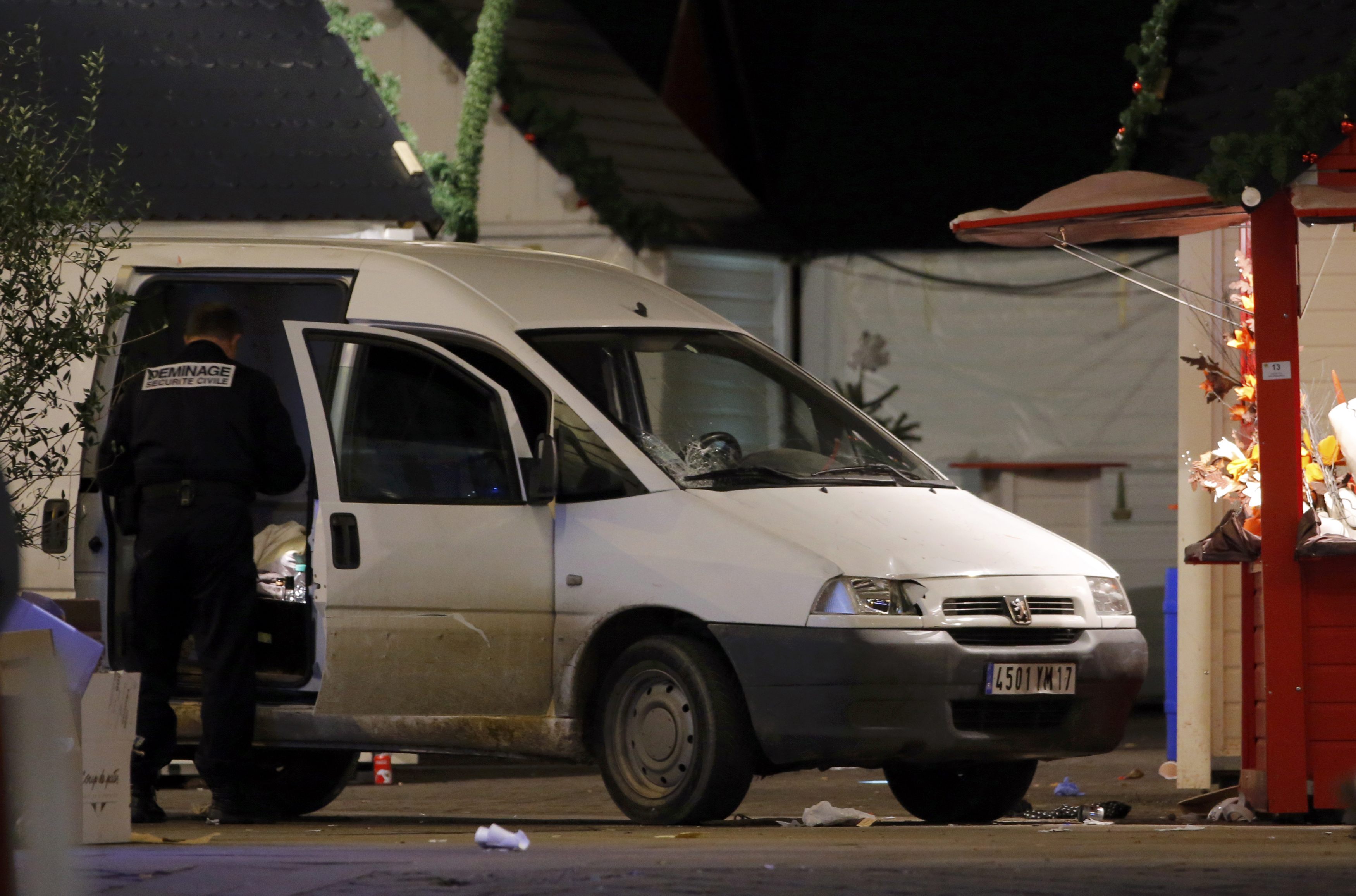 A man ploughed a van into a crowded Christmas market in Nantes in western France on Monday, injuring at least 10 people in the country's third violent attack in as many days.

The driver, who authorities said stabbed himself after the crash, and four people were badly injured, with one of the victims in critical condition, local officials said.

France is on high alert for attacks on its soil after calls from Islamist militants to attack French citizens and interests in reprisal for the country's military strikes on Islamist strongholds in the Middle East and Africa this year.

Authorities called on people to keep calm and said the driver had made no religious or political claims, appeared to have acted alone, and likely suffered from mental illness.

A local newspaper first reported that the driver had shouted "Allahu Akbar" ("God is greatest" in Arabic), but witnesses told Reuters that he had not said it.

The incident occurred a day after a man rammed his car into crowds in the eastern city of Dijon, shouting "Allahu Akbar". Thirteen people were injured. On Saturday, a man was shot after he stabbed and wounded three police officers in central France while yelling "Allahu Akbar".

"We are all concerned about this series of tragedies," Prime Minister Manuel Valls said in a statement. He said earlier that "never before have we faced such a high danger of terrorism."

Prosecutors said on Monday that the Dijon driver suffered from mental illness, had received psychiatric care over 150 times in the past 13 years and had no ideological motive.

They also said they had not found any link between the events in Dijon and the Saturday attack in Joue-les-Tours, which is being probed by counter-terrorism prosecutors in Paris.

The attacker in Joue-les-Tours, a 20-year-old Burundi national and convert to Islam named Bertrand, had written a will in which he asked God to "give him strength", Paris prosecutor Francois Molins told a news conference.

Two days before attacking the police station, Bertrand imitated his brother in posting on his Facebook page a flag of the extremist group that calls itself Islamic State, Molins said.