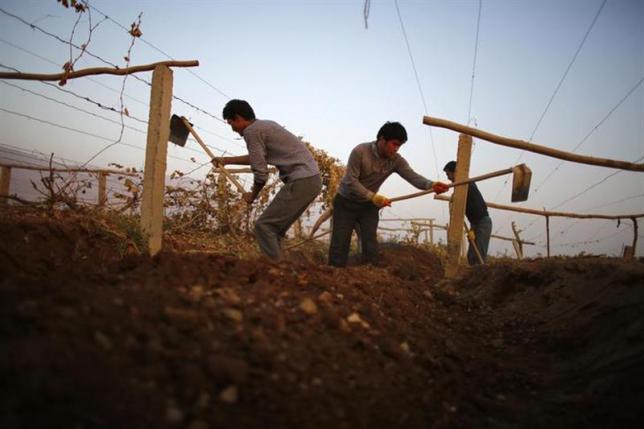 A strong earthquake with a magnitude of 6.1 hit China's western region of Xinjiang on Friday, the U.S. Geological Survey (USGS) said.

The shallow quake struck 160 km (100 miles) northwest of the region's southern city of Hotan near Guma county at a depth of 10 km (6 miles), the USGS said.

There were no immediate reports of damage. Chinese state television said casualties were still being confirmed and that authorities were hopeful there would not be many.

Guma is a poor and largely agricultural area, with a population of over 200,000, mostly ethnic Muslim Uighurs.

"If many people are gathered in one place during an earthquake, it can lead to a serious disaster, but in this case, there were relatively few people so it isn't so serious," said Sun Shihong, a researcher at China Earthquake Networks Center, in an interview with broadcaster China Central Television (CCTV).

The quake was initially reported as measuring 6.3.

Several aftershocks were reported minutes following the initial quake, the strongest measuring magnitude 4.7, according to the USGS.

Chinese microblog users who claimed to be at the location of the quake expressed shock at its strength.

"The buildings are all shaking, and there are people everywhere outside," wrote one user of microblogging service Weibo.