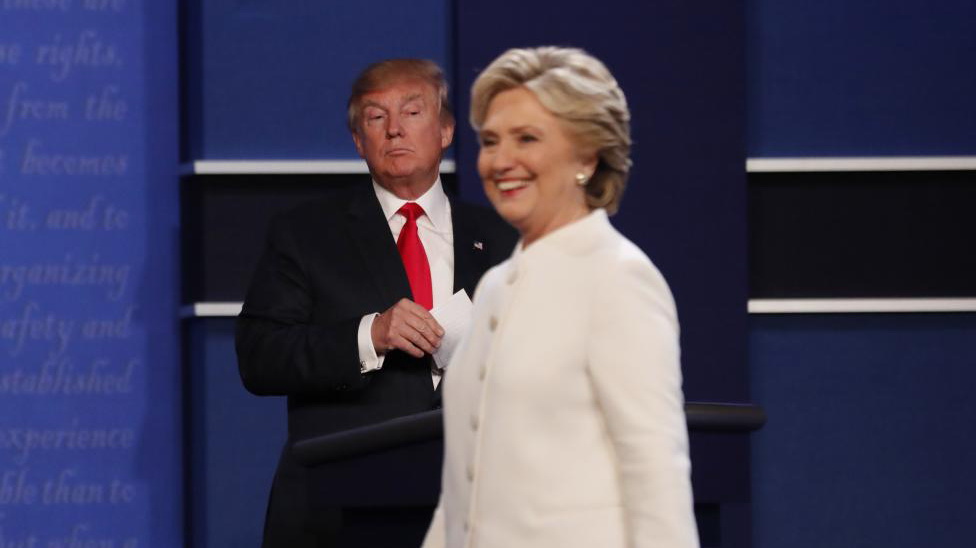 Editor's note: Less than three weeks from the conclusion of this year’s White House race, Silvia Path, a U.S. writer based in Ho Chi Minh City, shared her perspective on arguably one the most controversial match-ups in the history of U.S. elections, in this piece written exclusively for Tuoi Tre News.

The third U.S. presidential debate this week raised many questions, but one is most troubling: will there be violence on November 8?

Republican candidate Donald Trump continued his habit of shocking viewers, this time by refusing to promise he will accept the results of the election. In other words, if Democratic nominee Hillary Clinton wins, her rival might accuse her of cheating.

During his campaign, Trump has encouraged his supporters to punch people at his rallies, as well as to monitor polling locations to make sure there’s no voting fraud. If you put these two variables together, it is not hard to see an equation that ends with physical clashes on Election Day if Trump loses and tells voters not to accept the outcome.

Many people watching this final debate liked to comment how it is “unprecedented” that a candidate might not recognize the election results. But we should have stopped using the word “unprecedented” a long time ago because nothing is normal about Trump’s presidential bid. Whether he is concealing his tax documents, or sexually assaulting women, it is impossible to compare Trump to other Republicans or any presidential candidates.

He is in his own category. But that has the potential for benefit, too, at least when it comes to debate style. When Clinton and Trump faced off at the University of Nevada, Las Vegas, he spoke to her directly, although not as much as he did in the two other debates. Analysts complained that Trump was immature in debates because he interrupted his rival and threw in small insults here and there. They said he couldn’t help himself. But at least he didn’t just read from a script. Clinton has the opposite problem, she does what every traditional politician does and uses debates to give a speech. She is too controlled, while he does not have enough self-control.

I would prefer a U.S. political debate that is a real conversation, rather than a chance for politicians to memorize what they want to say. Voters would benefit from a little of both Clinton’s and Trump’s debate styles: she comes prepared with research and maturity, he speaks naturally instead of rehearsing.

If we had a more natural conversation, it might be harder for the candidates to avoid questions, like they did on Wednesday. When Clinton was asked if her foundation abused its power, she talked about the good work it does. When Trump was asked if he supports abortion, he talked about the rights of states to make that decision. If this were a natural conversation, each person would challenge the other debater for dodging the question. But instead, we get a restriction of two-minute answers, hear some brief response, and then move on to the next question.

Despite the limitations, Clinton and Trump did manage to get pretty ugly. He said “stupid” four times in describing U.S. leaders and policy, and called Clinton “nasty” in the debate. She labeled him a puppet for Russia and said he “choked” when he finally met Mexico’s president, rather than talking tough.

“This is a final time, probably to both of your delight, that you're going to be on the stage together in this campaign,” debate moderator Chris Wallace told the two presidential hopefuls near the end of the night.

I have mixed feelings. Americans know people around the world are watching the race for the White House, as there has never been more interest at home or abroad. We’ve spent so much energy paying attention to politics that maybe, on November 9, we will get a break from the exhaustion.

But then, after a few days of rest, we might miss the political performances and wonder what we will do for entertainment after this.